Digital Foundry got their hands on the Project Scorpio and have revealed what they know about it in their latest video.

One of the surprising things is the fact it still uses the Jaguar cores, much like the older Xbox One. This is interesting since AMD’s Ryzen just launched and many figured it would find its way into the console. However, with the push toward DirectX 12, much of the bottleneck is supposed to be removed from the CPU and moved to the GPU. That could be a reason to keep the older Jaguar chip. 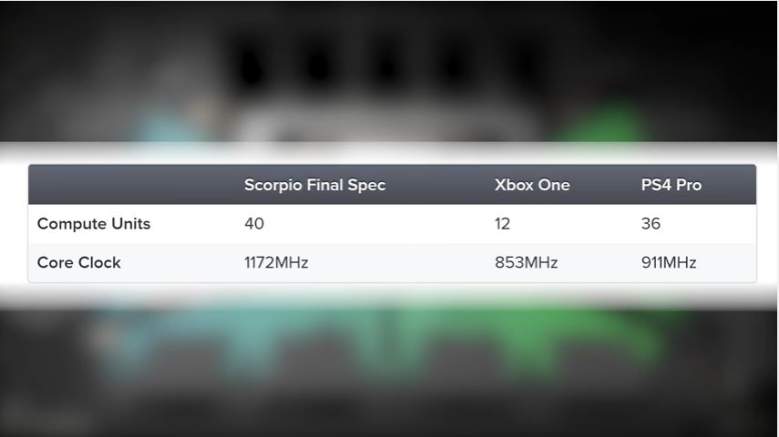 The GPU for the Scorpio features 6.0 TFLOPs of power, which is much higher than any console on the market. The GPU has 40 compute units compared to 36 for the PS4 Pro and just 12 for the Xbox One. On the surface, it doesn’t seem to be that much better than the PS4 Pro, however, the clock speeds are much higher than the Pro and the gives the Scorpio a 43 percent edge over Sony’s console. The GPU is based on AMD’s Radeon technology. Project Scorpio’s GPU is only 94MHz off the pace of the maximum boost clock of AMD’s RX 480 graphics card, which matches the PS4 Pro with 36 compute units and is their newest card. 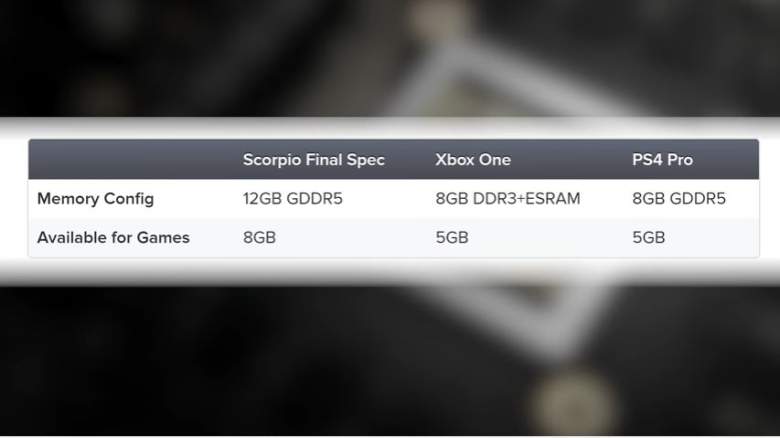 The memory is getting a huge boost as well. The OG Xbox One only features 8GB of DDR3 RAM and with the Scorpio, that number is jumping to 12GB of GDDR5 RAM. Developers are giving much more to work with now with memory as they can now use up to 8GB instead of 5GB.

Microsoft is promising that both 900p and 1080p Xbox One games should be able to run at native 4K on Project Scorpio, wrote Eurogamer. In the tech demo of Forza, GPU utilization was between 60 and 70 percent, leaving much room for growth to push the power of the GPU. More about Project Scorpio will be shared at Microsoft’s E3 conference this summer. 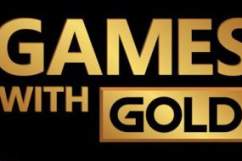