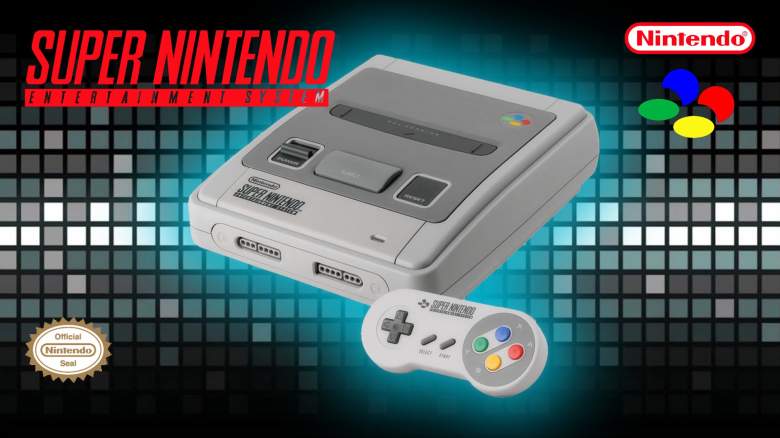 According to a report by Eurogamer, Nintendo is following up on their recently cancelled NES Classic with the SNES Classic. Sources close to Nintendo have confirmed the console is coming and it is scheduled to be available for Christmas of this year. Here are the five fast facts you need to know.

1. This Comes On The Heels of The NES Classic Being Cancelled

When Nintendo announced the discontinuation of the NES Classic last week, there was much confusion and outrage among the fans. The console itself had major supply issues and was never really able to stay in stock. Scalpers rejoiced as they were able to jack up the prices even higher. Jason Schreier, news editor at Kotaku, pretty much summed up what people were thinking when they heard the news.

This was a head scratching move by Nintendo since there was still a high demand for the device and no replacement was on the immediate horizon. Nintendo said the NES Classic was never intended to be a permanent product and it looks like we know why now. 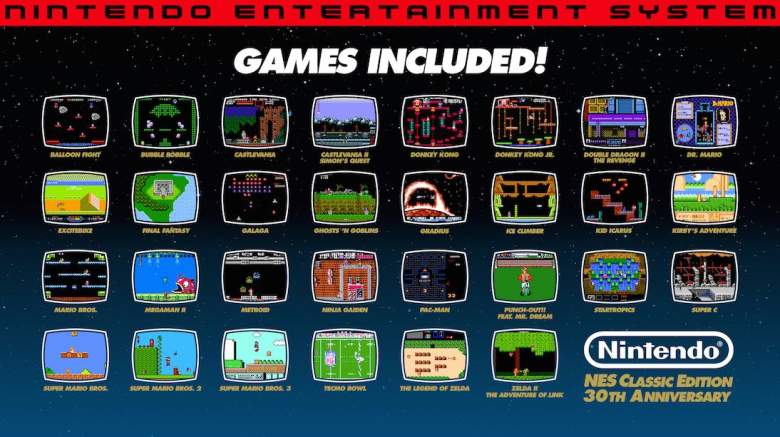 Games includes with the NES Classic.

According to Eurogamer, development of the SNES Classic is already happening. They reported the NES Classic was set to be a novelty item for Christmas 2016 and not to be produced much longer than that. The SNES Classic looks like it is going down the same path and hoping to be a hit this holiday season.

Although the NES Classic continued production into 2017, it couldn’t keep going because eventually the SNES Classic would have to take its place and it looks like that has happened already.

Nintendo’s plans for SNES mini are also a major reason why last year’s NES mini did not see a reprieve from discontinuation, Eurogamer understands, despite the latter’s continued popularity and sell-out status.

It’s good we know why the NES Classic is gone now because it seemed like a slap in the face to consumers before this news was announced.

3. The SNES Classic Will Likely Be Similar To Its Predecessor 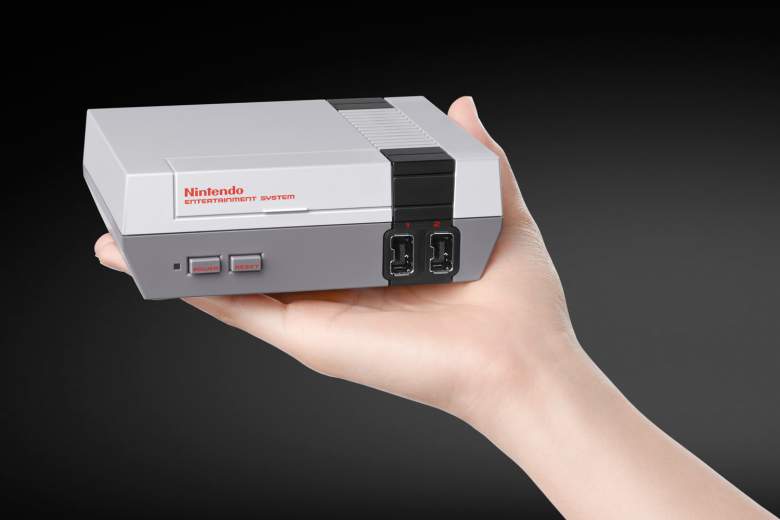 The NES Classic included 30 games that were considered to be fan-favorites on the NES and there was no way to insert cartridges or buy new games. The console came with a $60 price tag which was a bargain if you could find it at that price since Virtual Console games would cost way more than that if you were to buy 30 of them. Basically it was a plug-and-play console similar to the Sega ones you’ll see in stores. Nintendo struck gold with the NES Classic so it’d be odd to change that for the next rendition.

One criticism of the NES Classic was the fact it had a short cord for the controller, just a paltry 2.5 feet, so you’d pretty much have to sit right in front of your TV if you were going to enjoy the system. Hopefully Nintendo will remedy that and the supply issues.

Nintendo now has to go through the process of determining 30 SNES games to put onto the console, if they choose to stick with the same number that was on the NES Classic. This leads in the next point regarding the games selection.

4. What Games Will Be On The SNES Classic? 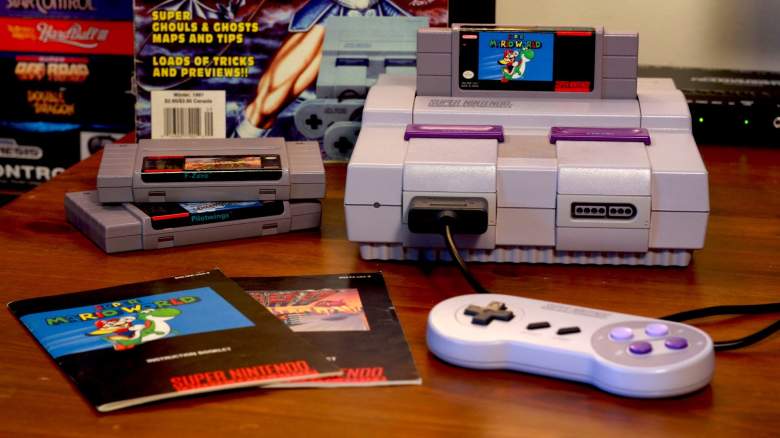 The SNES has arguably a better lineup than the NES and many could argue it has some of Nintendo’s very best games on it. The Super Nintendo was Nintendo in its prime and it had the third-party support to back it up.

Games like Donkey Kong Country, The Legend of Zelda: A Link to the Past, Chrono Trigger, Secret of Mana, Super Metroid, Super Mario Kart, and Super Mario World all appeared on the console and that’s barely scratching the surface.

It is interesting to note that the Nintendo Switch still doesn’t have a virtual console like the Wii and Wii U had. This could potentially be way to sell these games to Switch owners with no other way to get them.

Here’s a sample list of 30 games that I’d personally like to see although it may not necessarily happen, or even be likely to happen. Spoiler alert, you’ll see the word “super” in there a lot.

These games probably aren’t all possible due to not having the rights or other issues. If I were a betting man, I’d say A Link to the Past, Super Mario World and Super Metroid are slam dunks to be included in the SNES Mini since their predecessors were on the NES Classic. I’m sure I missed some great games so I’d like to hear what games you’d like to have included in the comments. 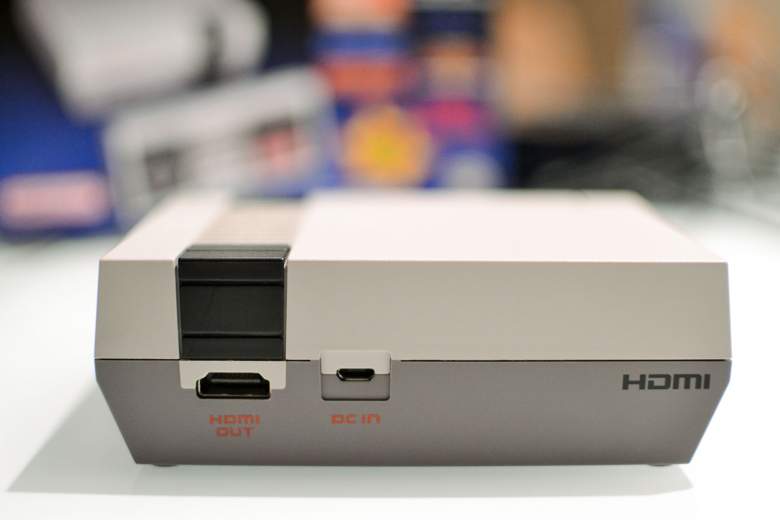 The NES Classic released in November 2016 to be available for the holiday season. Nintendo ended up underestimating their own product, as they seem to do quite often if you look at the Switch supply issues, and never met the demands of the consumers. Eurogamer says the numbers in which it was manufactured and shipped was expected to be enough to reach Nintendo’s goal. The SNES Classic is looking to be available by Christmas 2017 so another November launch could be very possible.

One can only hope they produce enough of the product to last this time around.  It’ll be interesting to see if Nintendo creates an N64 Classic next holiday season since the SNES Classic will likely be a hit if the NES Classic was anything to go off.

What do you think? Are you going to pick up the SNES Classic or are you still on the hunt for the NES Classic? Let us know in the comments. 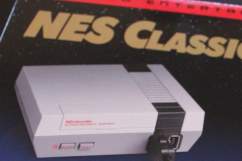 Read More
Nintendo
Eurogamer reports that a SNES Classic Edition is on the way. Here are the five fast facts you need to know about the upcoming console.