Today’s Nintendo Direct gave us a lot of new information about upcoming games coming to the Nintendo Switch. One of those games was Splatoon 2 and the fact that it launches July 21 and comes with three new amiibo figures.

The new amiibo can be befriended in Splatoon 2 and they will remember your favorite outfits, weapons, gears and option settings according to today’s Nintendo Direct. These will launch July 21.

The biggest news was the fact these amiibo will launch at the same time as the game on July 21.

A new game mode will be introduced in Splatoon 2 called Salmon Run. Players team up and take on waves of enemies while collecting golden eggs. Nintendo says players will get rewards for participating. These will most likely come in the form of weapons and gear but it is not 100 percent known right now. 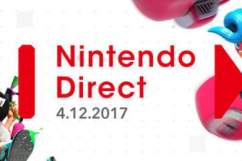