Terry Crews has been hovering around the in the gaming world for a little while now. He has said he wants to voice Overwatch’s Doomfist whenever he is announced and now he has received a custom built gaming PC.

YouTube user JayzTwoCents was behind all of it and received a variety of sponsors to make this build possible. This is possibly one of the most expensive PC you can build today. It comes equipped with two of the newest Nvidia Titan GPUs and even features an Old Spice Bearglove deodorant stick acting as the SLI bridge. The builde mentions they had the last generation GTX Titans in the build but when Nvidia released the newest ones, those were put into the build instead. The whole system is completely water cooled and the color scheme follows the Old Spice colors of red and blue. Terry Crews is known for being a sponsor of the Old Spice brand. 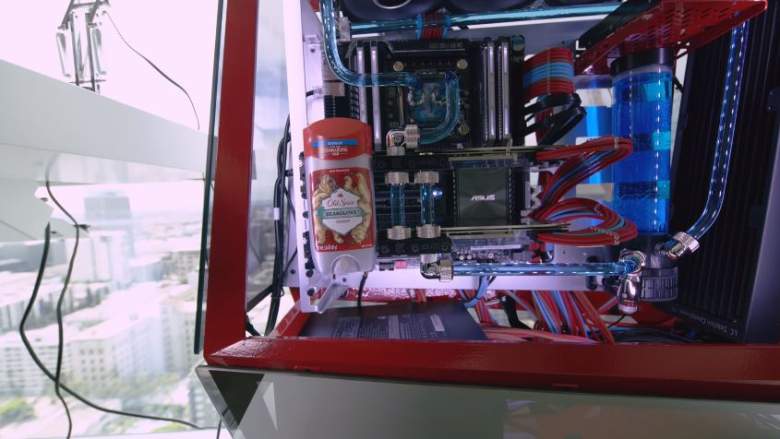 Here are the full specs of the build:

The build has been in the works for months as Crews first appeared on the YouTube channel in November 2016 when the project was announced. It turns out Crews is a huge fan of gaming and most specifically, gaming on the PC. Before Crews had this PC built, he announced he got hooked on PC gaming during a Battlefield 1 gaming session with Jamie Foxx and Snoop Dogg according to a video on Facebook Live. He then built his own PC, without the help of sponsors.

Here’s what he ended up going with for that build:

You can currently see Crews as NYPD Sergeant Terry Jeffords in the Fox sitcom Brooklyn Nine-Nine.