Check out our top picks for the best free Android games that launched during March 2017.

The mystical realm of Jianghu is being overtaken by dark forces. Luckily, there’s plenty of martial arts factions within that realm that’s full of capable defenders. Sword of Shadows lets you step into Snail Games’ beautiful, action-packed MMO world to protect it from all costs. Command your warrior as you gracefully defeat plenty of enemies across some visually striking battlefields. You’ll spend hours improving your warriors’ stats, participating in tough quests, aligning yourself with a guild, running into warriors from rival schools etc. Sword of Shadows is strong in the visuals department and thankfully it measures up to PC MMO’s thanks to its strong mechanics and variety of modes.

Taken from Best Mobile Games of 2016 Description: Nintendo seems to finally be taking advantage of the mobile gaming landscape. They definitely realize that their vault full of memorable characters can be perfectly implemented in mobile games. One of the 1st ones we got a taste of in 2016 was the one starring everyone’s favorite plumber. Super Mario Run is an infinite runner-like experience that incorporates the best parts of the side-scrolling Super Mario games. There’s a bunch of playable characters with differing stats to play as, challenging stages to hop ‘n bop through and big boss encounters with familiar foes. The multiplayer races and Toad kingdom building mechanics add so much more to Super Mario Run’s full plate of quality Nintendo gameplay.

Now we love a regular ol’ mobile racing game just like the rest of you. But we tend to gravitate more towards to the type of racing games that embrace the madness of high speed chases. One game that embraces that style of play perfectly is Highway Getaway: Chase TV, a racer/endless runner that looks as awesome as it plays. So what are you tasked with accomplishing? Staying ahead of the feds by moving from lane to lane, maintaining your top speed, trying your best to catch the money truck and refueling on the go. The fast and furious gamer lot of you all out there will love everything Highway Getaway: Chase TV’s all about – fast times, insane traffic, plenty of customizable rides to attain and endless driving fun.

The Dynasty Warriors franchise has been around for God knowns how long. Console and portable gamers just can’t get enough of Omega Force and Koei’s line of hack n’ slash titles. Its taken long enough for it to get ported over to mobile devices. Many of the outlandish weapons masters featured in those games pop up here for some top down, real-time action. You can create your own warriors, mix & match their abilities for team play and hook up with three other players to clear out battlefields. The gameplay is just as chaotic and fun as the games seen on consoles/portable devices, so you’ll get the full Dynasty Warriors experience you desire. Take own all those raid bosses with friends, build up your war supply chest and clear out every mode you can within this mobile take of Dynasty Warriors. 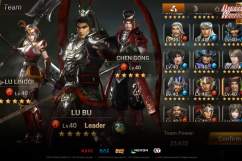 Legendary empires are built upon the exploits of prideful warriors. Empires & Puzzles: RPG Quest sticks to that statement, but the way to victory is won through your match-3 gameplay mastery. This puzzle and RPG hybrid lets you compete against Titans and an assorted variety of vicious beats by puzzling off match-three puzzle combos. As you clear the many battles you’ll compete in, you’ll amass more powerful heroes and gain new special abilities for your future campaigns. Along with battles against dangerous creatures, you’ll also compete in PVP duels, put together your own impenetrable fortress and venture out to more vibrant worlds. Empires & Puzzles: RPG Quest must be experienced. 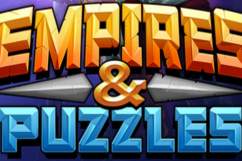 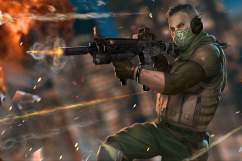