Here are the top five tips/tricks/cheats you need to know for Transformers: Forged to Fight.

1. Get in Tune With Your Bot Types

• Before a fight, compare the stats of your squad with whoever you’re about to face. If you spot a green arrow next to your character, select them for battle since they’ll have a clear class advantage over their foe. Before your put a squad together for a stage run through, click on the icon next to “Edit Squad.” This way, you’ll see the types of character types you’ll encounter and build your squad accordingly.

• Your chosen Transformer for a battle can pull off light strikes, heavy strikes, projectile attacks, special moves and dashes. Coming out on the winning end of most battles means you’ll need to mix up your combo chains. One combination that tends to work is a full light attack combo that’s finished off by a heavy attack combo. So tap, tap, tap then swipe right twice. It’s also best to land a special attack after a combo instead of just throwing it out there (special attacks can be blocked, so be careful about using it without any setup beforehand). After landing a combo, dash away and hit your opponent with a few projectiles. Sidestep around projectile attack spammers, too. Always keep your foe guessing as to what you’ll do next. By the way, you should always make sure to block once your combo is complete. The AI has a tendency to respond with an attack after your’s is complete, so defend yourself quickly after you’ve dealt some damage.

3. Gather Some Powerful Bots and Defend Your Base of Operations While You’re Away

• So your team of Transformers ranges from 1-Star to 4-Star, one being the weakest to 4 being the strongest. You’ll need bots from all four rarity levels because you’ll want to have a full army for later stages and bots that can defend your base while you’re away. Even if you don’t bring your weakest bots into active battle, you should still put them to work as a base defender. Putting stronger bots in the defending role will produce more Gold for you, though. Plus you have a better chance of surviving a raid. Collecting bots can be done in a variety of ways:

• When you unlock the chance to place yourself within an alliance, jump on it immediately. There’s a lot of benefits you’ll want to take advantage of when you join one. For instance, you can call upon your alliance members to aid you during a raid. If you run out of Energy while you’re in the middle of a mission, you can request an energy refill from your alliance. Alongside those two assets, you can share resources with them and gather Loyalty Points when you aid your alliance in any way. Loyalty Points can be put towards purchasing a Crystal Shard from the store that awards you with a ton of goods.

• There’s a whole lot of collectibles you can gather in Forged to Fight. You can gain most of them by completely exploring story chapters (once you complete one path, return to that stage to venture through the other path). That way, you’ll collect all the goods within that stage. You’ll end up getting a guaranteed 3-Star Bot Crystal in addition to the Premium Bot Crystal you gained from before. By the way, you’ll earn some Energon (the game’s Premium Currency). Make sure to collect all the Gold that your bases many buildings can produce. Complete achievements and collect your daily log-in bonuses as well. 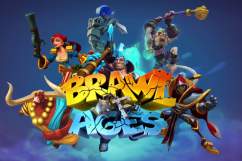