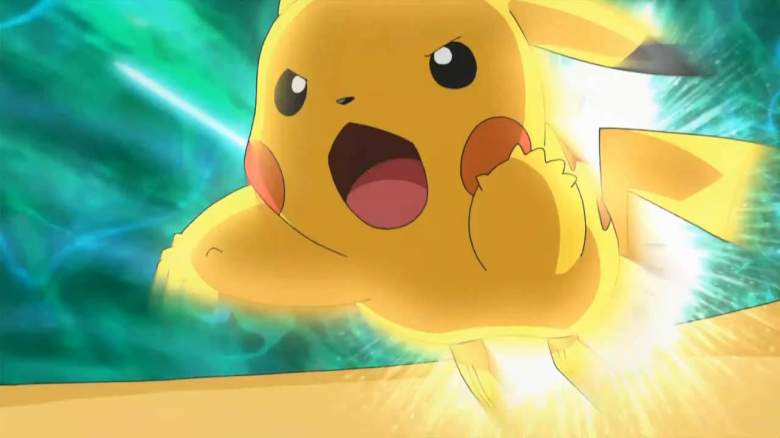 Author’s Note: These opinions do not reflect Heavy as a whole.

The seventh generation of Pokemon is relatively new but we have a pretty good idea of where it falls on our list. Sun and Moon brought significant changes to the age-old formula that has caused us to take a look back at the previous six generations and find out where they fall on the list of best Pokemon generations.

We also just had the 20th anniversary of the Pokemon franchise and rumors are flying about Pokemon Stars, the potential third title in generation seven. With all that said, let’s take a look at all the Pokemon generations.

Look, change is good and all but too much change isn’t always a good thing. To be honest, this is the most disappointed I’ve been with a Pokemon title. That doesn’t mean the game is horrible, because it isn’t, but I can’t see myself returning time and time again to this generation like I have in the past.

This might sound weird but I don’t play Pokemon games for the story and I didn’t really like the story-focused idea of this generation. I wasn’t a big fan of removing gyms and adding trials and I didn’t like the addition of Z-Moves. They even ditched HMs, which is probably a good thing in the long run but I didn’t like the overwhelming amount of change. It does feature all of the quality of life changes from the previous installments so it plays fine but there is little to no postgame to speak of. Once you finish the story, it’s pretty much over.

The game holds your hand too much, which may not be a flaw for some people. Going back to the story, there is an overabundance of cutscenes, especially in the beginning half of the game. It really ruined my pacing and for the other games, I could sit down for hours at a time playing but I just couldn’t do it with Sun and Moon.

I’m currently playing through Moon again to see if I can find some more positives. This generation does have nice visuals and arguably has the best soundtrack in the series. If you’re a fan of story-heavy games, you might end up enjoying this generation more than I did.

It looks Nintendo and Game Freak are keeping the ball rolling on this generation, with the announcement of Ultra Sun and Ultra Moon.

This is the only generation I haven’t gone back to. The games just weren’t that memorable to me, in fact, I couldn’t even name any of the starters from this generation nor could I name any of the Pokemon. I lied, I have a soft spot for Piplup but don’t tell anyone.

Props do go to this installment for introducing online battles and finally ditching the link cable. It made the transition into 3D and also featured the excellent Heart Gold and Soul Silver remakes from generation two. I did enjoy those games and they save this generation from last place. This generation paved the way to improvements down the line.

I’m baffled the Battle Frontier hasn’t continued into future installments but it is what it is.

If this was a ranking of nostalgia, generation one would be number one but unfortunately it is not. This is the generation that started it all and introduced us to the original 151 Pokemon. These games were recently re-released on the 3DS Virtual Console so they are very accessible today.

I love the Pokemon in the generation and I love the straightforward story of beating all the gym leaders and defeating the Pokemon League, however the gameplay doesn’t hold up as well as it used to. You can’t sprint in this game and you have limited bag space, which are things I couldn’t imagine living without those features today. When learning an new move, you don’t get a description of what the moves do and psychic Pokemon are far too powerful.

If you’re playing Yellow version, you get the option of following the storyline of the anime and even having a Pikachu follow, which is a great addition. If you owned an N64 and Pokemon Stadium, you could transfer your Pokemon to the game and see your fully 3D Pokemon battle it out, which was awesome. You could even play the games on the TV which was also pretty cool.

This generation was the first time any Pokemon games received a direct sequel. They also made TMs have infinite uses which was arguably the best part about this generation. It did make things a little too easy though, making Flamethrower a TM might have been a bit much.

Although I didn’t enjoy the story in generation seven and even bashed it, I did enjoy the story here. Maybe it’s because they kept gyms. I think Team Plasma were the coolest villains in the series too. This is the generation that combined the Pokemon Mart and Center into one building, which was something you didn’t know you needed until you had it. This generation also brought the addition of changing seasons alternating every month.

I was a big fan of triple battles too and I’m sad they aren’t around anymore. It helped breath life into a formula that began to grow a bit stale over the years. You even had things like dark grass which allowed double battles to occur in the wild.

Black 2 and White 2 were the better titles but the story is much more accessible if you play the predecessors first.

Generation two is when the Pokemon series really began to round into peak form. We get the addition of 100 new Pokemon and two new types, Dark and Steel, designed to balance out the extremely overpowered Psychic types from the first generation and power up the Fighting types.

We also got many new types of Pokeballs which can used in a variety of situations instead of the usual Pokeballs, Great and Ultra balls. We also got the baby Pokemon and Shiny Pokemon. Come on, who doesn’t love Pichu or Magby?

We also got dual-type Pokemon so we can finally teach Charizard things like Fly (although Yellow did allow us to do that). A major quality of life change allowed us to switch Pokemon between boxes instead of having to withdraw them and deposit them again. We also got some cool looking Pokemon this generation, Red Gyarados anyone?

This generation gave us a very lengthy main game by allowing us to explore the Johto and Kanto regions and gather 16 badges. We even got to fight Red (Ash) which an excellent use of fan service for fans of the anime.

This generation brought new life to the series in Mega Evolutions and the significant leap in graphics quality. We also got another new type of Pokemon in the Fairy type.

This generation only introduced 72 new Pokemon, which was the lowest in the series but I didn’t mind since there are arguably too many Pokemon out there already. We did get the Pokemon Bank this generation which allows us to store up to 3000 Pokemon and transfer them through other games.

This generation turned the EXP Share into something that affects all Pokemon now, regardless of whether they participated in the battle or not which kept your Pokemon near the same level. Some would argue this made the game too easy but to me, it eliminated a lot of the grinding and that is a good thing. This generation played it safe and didn’t change a whole lot of the mechanics but that didn’t stop it from being one of my favorite entries.

I see many people rank this as their least favorite generation and I never understood why. We got running, better animations and double battles with this generation, some of the best things to happen to Pokemon. It also had my favorite legendary Pokemon and I’m still a big fan of Rayquaza. We even got to build secret hideouts and get copies of our real life friends in our game!

I never really got into the competitive aspect of the Pokemon titles but this is the generation that introduced the IV and EV system which so many people rely on now. In my opinion, it made the game a little less casual friendly, which is how I play my Pokemon games but I can see why this was needed for the series to build a competitive scene.

Emerald version gave us the Battle Frontier which was a fun thing to do in the post game because there wasn’t much else to do outside of that if you weren’t a fan of defeating the Elite Four over and over. This generation took the series to the Game Boy Advance and brought with it the excellent remakes of the generation one games. Honestly, I can’t find much to dislike about this generation. 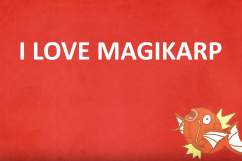 The Magikarp Song Is the Ultimate Tribute to the “Pity Pokemon”