Darksiders 3 appears to have been unofficially announced by Amazon. You can find the listings for the Xbox One, PS4 and PC versions. It looks like the Switch is left out of this one.

There are plenty of screenshots and information about the game so this seems pretty real. It doesn’t list Windows 10 as a platform for the PC version but Windows 7 and 8 instead which seems a little odd. Nonetheless, this seems like way too much information to not be coming but THQ Nordic has not given any official announcement regarding the game yet. A release date of December 31, 2018 is listed, but that is very likely just a placeholder date until it’s officially confirmed. 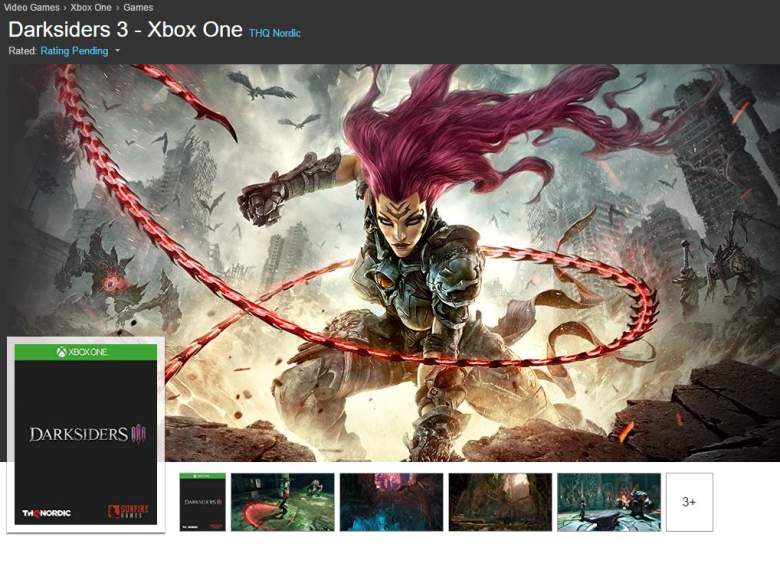 Here is the description of the game from Amazon:

Play as FURY – a mage who must rely on her whip and magic to restore the balance between good and evil on Earth!

Harness FURY’s magic to unleash her various forms – each granting her access to new weapons, moves and traversal abilities

Explore an open-ended, living, free-form game world in which FURY moves back and forth between environments to uncover secrets while advancing the story

Darksiders signature art style – expansive post-apocalyptic environments that take the player from the heights of heaven to the depths of hell, dilapidated by war and decay and overrun by nature

Darksiders has been in the news a lot lately. THQ Nordic and Playstation teamed up for a Humble Bundle last month featuring the Darksiders games and Darksiders was recently one of Xbox’s Games with Gold in April. The Wii U version of Darksiders Warmastered Edition, a remaster of the original game, is also set to finally release this month on May 23. The PS4, Xbox One and PC versions all released last November for their respective platforms. 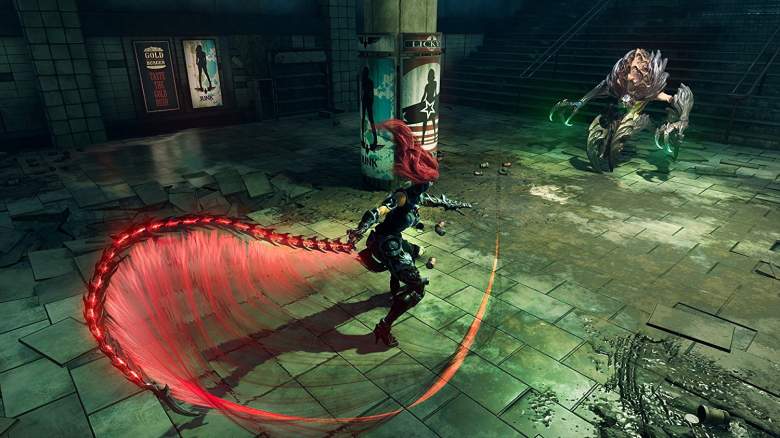 For those unfamiliar with the Darksiders series, they are a lot like the pre-Breath of the Wild Zelda games in that you explore a world, enter dungeons and get new gear to help you complete that dungeon. The combat isn’t really comparable, however, as it is much more hack-and-slash. From the sounds of the Amazon description, it seems like Darksiders 3 is moving toward the open world route which could be pretty cool if done well.

The titles go on sale quite often so if you see them, an impulse buy on the Darksiders games isn’t really a bad thing. The two games plus the soundtrack happen to on sale on Steam right now for $9.99.

What do you think about this? Will you be picking up the newest title in the Darksiders series, assuming it’s real?

Read More
PC, PC Gaming, PS4, Xbox One
Darksiders 3 appears to have been unofficially announced by Amazon. You can find the listings for the Xbox One, PS4 and PC versions.