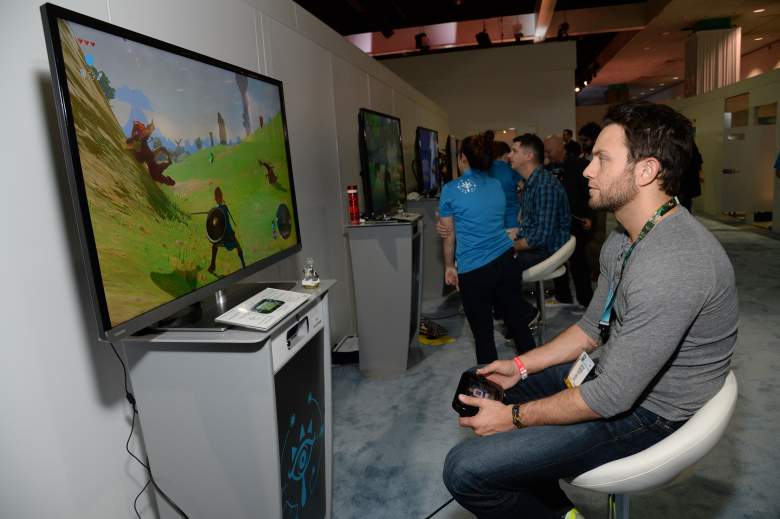 Actor John Sadowski playing The Legend of Zelda: Breath of the Wild at E3 2016. (Getty)

E3 is coming up on us fast and we have the list of the developers at the conference along with the times they will be presenting. The Electronic Entertainment Expo is held in Los Angeles and runs June 13 through 15. We are aware these conferences aren’t all in between those dates. We expect many more developers to be there, but they may not be holding full-blown pressers. We’ll probably still see something from Square Enix, Capcom, Sega and Konami whether they hold a conference or not.

We will update this post as more times and developers become available.

We are probably going to see a lot of Destiny 2 content. If we’re lucky, we might even see some Destiny 2 content sprinkled between Destiny 2. I guess we will see some Call of Duty: WWII and Crash Bandicoot N Sane Trilogy as well.

We might get some news about Skyrim on the Nintendo Switch here. Other games to look for include a sequel to The Evil Within and a new Wolfenstein title. We’d love to see something along the lines of Fallout 4 or Doom VR. Quake Champions will likely make an appearance too.

EA is holding their E3 conference on June 10, before E3 actually starts. It looks like they are just trying to get it out of the way. With the new Madden being announced, it’s likely that we’ll see a lot about that plus a whole lot of Star Wars Battlefront 2. We might even get a glimpse of FIFA running on the Nintendo Switch. BioWare is apparently working on a new title so we might get some glimpses at that.

We’re likely going to see a whole lot of Project Scorpio at E3 this year. We don’t know a whole lot about the games Microsoft will talk about. We know Rare is working on Sea of Thieves and Crackdown 3 is coming eventually. Halo 6 will not be at this year’s E3. Microsoft needs to push some exclusive titles or hope Project Scorpio can run third-party titles far better than the PS4 in order to gain some traction.

Nintendo will be featuring a playable version of Super Mario Odyssey at their E3 event. We will also see a Splatoon 2 tournament and an ARMS tournament. We’ll probably learn more about Breath of the Wild’s DLC pack and we might learn more about Xenoblade Chronicles 2. Nintendo could also drop a bombshell and reveal a new Metroid game or something along those lines. They managed to steal the show with Breath of the Wild last year so maybe they can do it again.

We’ll likely see a lot of new info on games that Sony announced last year like Spiderman and Days Gone, and we’re going to see the Call of Duty: WWII multiplayer reveal. We are also looking forward to seeing The Last of Us 2 and God of War on the PS4.

We should get some more information about Rayman Legends: Definitive Edition coming to the Nintendo Switch along with more news about South Park: The Fractured But Whole. We might get some sprinklings of For Honor, The Division, Rainbow Six and Ghost Recon too.