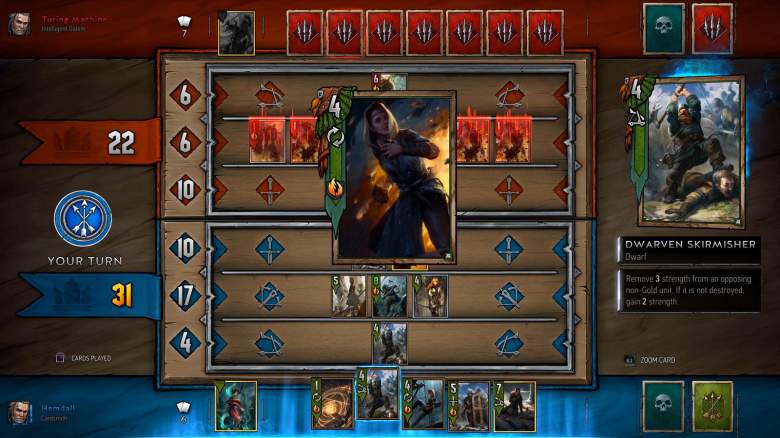 Gwent, the popular card game from The Witcher series, is getting its own release into beta today.

Gwent is a mini-game from The Witcher 3: Wild Hunt and has since received a spin-off into its own game. The game was supposed to just be something to help with the world building of the Witcher series but it became far too popular to remain just that.

Michal “Luigi” Dobrowolski, Senior Game Designer at CD Projekt Red, wrote in a blog post that many fans have been bugging him for a standalone Gwent game.

Following the release of Wild Hunt, we received hundreds of messages from fans asking us to create a standalone, multiplayer version of Gwent so they could play with friends. Some even made their own physical cards and boards. Seeing how passionate people are about Gwent, we decided to answer the call.

A big draw to this game will come from its multiplayer mode. In The Witcher, you were only able to play against the AI which would get stale over time.

Gwent is an easy game to learn but hard to actually master. The concept of the game is this: Create an army consisting of characters, spells and other elements from The Witcher series of games – this will make up your deck. Every match is a three-round affair that starts with you and your opponent drawing 10 cards from your decks. Each of you then play one card per turn onto a board divided into three rows: melee, ranged, or siege. To take home the game, you need to win two out of three rounds and to do that, you need to gather more points than your opponent does in each one.

It’s pretty simple and it’s much easier to play than it is to explain. Time will tell if this game will take the crown of best card game from Hearthstone.

You can download the game right now from the PlayStation Store, Xbox Store and PC for free. PlayStation 4 players will get some additional Gwent treatment as there’s a free theme and a set of profile avatars available. 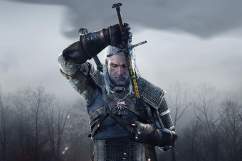