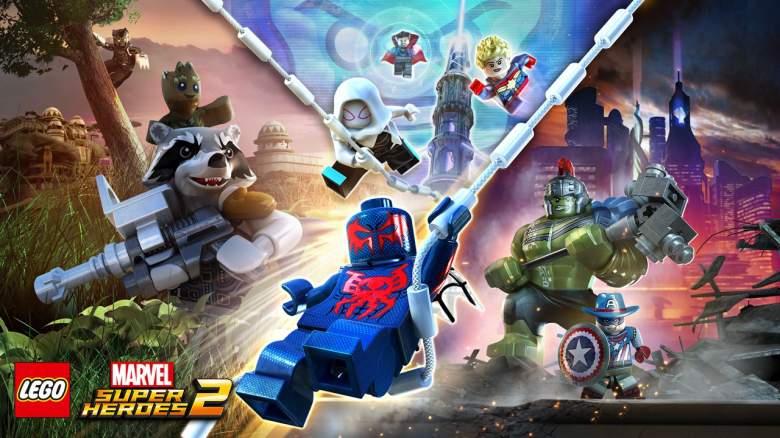 Lego Marvel Super Heroes 2, the sequel to the 2013 smash-hit, has been announced and is coming later this year.

“With a completely original branching storyline, LEGO Marvel Super Heroes 2 introduces amazing new gameplay features, including the ability for characters to manipulate time and a four-player competitive Super Hero battling mode,” said Tom Stone, Managing Director, TT Games in a statement provided to the press. “With a huge array of brand new characters from the Marvel universe, including old favorites in new guises, this game is sure to thrill both Lego and Marvel fans, as well as newcomers to the series.”

Players will be trying to take down the time-traveling Kang the Conqueror in a fight across Chronopolis, from Ancient Egypt and The Old West to Sakaar and New York City in 2099. Along the way, players will be able to take control of a host of iconic characters, from Cowboy Captain America from the past to Spider-Man 2099 from the future along with Thor, Hulk, the Guardians of the Galaxy, Black Panther, Captain Marvel, Doctor Strange, Green Goblin and dozens of other Marvel super heroes and villains.

The original Lego Marvel Super Heroes featured 180 total character from the Marvel universe so its likely this title will include more, possibly pushing the total past 200. We know 100 percent that Baby Groot will be appearing in the game, likely along with the rest of the Guardians of the Galaxy cast.

The game will also feature the couch co-op action the Lego series has become known for. It will allow up to four players playing at one time.

Lego Marvel Super Heroes 2 will be available November 17, 2017 for PS4, Xbox One and PC. The Nintendo Switch version will be released this Christmas. You can check out the official teaser trailer below. We’ll keep you updated as more information becomes available.