Twitter User Michael (@SciresM) examined the new update on the eShop’s title ID database and found reference to the remake. The title is located in row number 4313 of the Pastebin link below and reads “0004000000194B00: Mario & Luigi: Superstar Saga\n+ Bowser’s Minions.” This may not only point to the remake of Superstar Saga but to a new minigame called “Bowser’s Minions.”

Michael also found menu screen icons for the game as well as the one for Ever Oasis. The icon is just one of the hundreds he found.

He even found the potential file size of the game.

In May, Kotaku’s Jason Schreier confirmed that the Ever Oasis home screen icon, and by extension the one for Mario and Luigi Superstar Saga DX, are real. Schreier was at an event in New York City where Nintendo was showcasing a demo for Ever Oasis. He looked at the home screen of the 3DS he was playing on and found that the icon for Ever Oasis matched the one Michael found. So that would suggest that the icon for Mario and Luigi Superstar Saga DX would be real too.

The game is still under speculation, but we’ll update if there are any new developments. 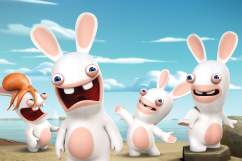 Mario x Rabbids RPG Crossover is Real According to Sources