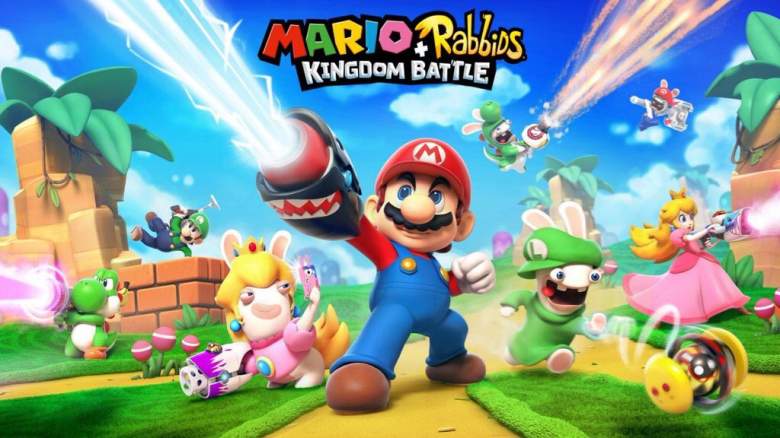 The leaks have been pouring in today regarding the upcoming Mario and Rabbids crossover game for the Nintendo Switch. The game is called Mario + Rabbids Kingdom Battle and will be a Nintendo Switch exclusive.

Leaks are suggesting the game will feature some sort of turn-based combat and a two player co-op mode. If you look closely at Luigi in the picture above, it looks like he is using one of the weapons for Luigi’s Mansion.

More about this game will presumably be unveiled at E3 but it looks like we have already learned about a good chunk of it. This leaked photo suggests the game will have a “surprise” announcement in June, likely at E3 and it will have a launch it August.

You may be thinking at this point that this is weird idea for a crossover, You’re not alone, it is weird but it certainly isn’t unprecedented for Nintendo to try something like this. Just last year, we had a crossover between Shin Megami Tensei and Fire Emblem in the Wii U exclusive Tokyo Mirage Sessions FE. In 2004’s Mario Hoops 3-on-3 on the Nintendo DS, we had characters from the Final Fantasy series such as the Black Mage and Moogle make appearances. Both of the previously mentioned games ended up being surprisingly good so we say give this new title a chance.

Of course, there is still a chance these are fake, but they look pretty real. Someone would have to go to some great lengths to fake this game at this point. We had a post earlier this month with sources confirmed the game is real and these new leaked assets look to confirm that further.

What do you think? Would this crossover interest you? It will certainly be a game no other console will be able to offer you.

Read More
Nintendo Switch
We have more leaked assets of the game popping up.