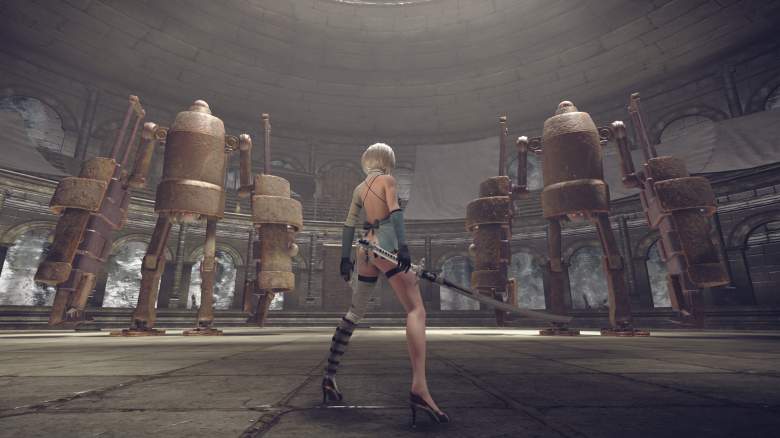 The first DLC pack for NieR: Automata dropped today and it’s called, we’re not making this up, 3C3C1D119440927. I mean just look at the description of it on Steam and PSN:

This DLC pack adDS “Revealing Outfit” costume for 2B, “Young Man’s Outfit” costume for 9S and “Destroyer Outfit” costume for A2. AfteR completing new sub-quests in this DLC, you CAn enJOy playing the game while WearINg these costumes from NieR Replicant. Sub-quests take the form of tHRee different battle challenges at three diffERenT colosseums. Special music video: NieR:Automata meets amazarashi “Deserving of Life,” from colLAboratiON with rock band amazarashi, is alSo iNCLudeD as part of the scenario. We hoPe you hAVe fuN with this conTenT.

The name of the DLC is referencing the contents of the game. “3C3C” refers to the three costumes and the three colosseums that come with the new content. The rest of the DLC’s name translates to “1 Dream and Date 119440927,” which is something you’ll have to solve on your own time.

NieR: Automata – 3C3C1D119440927 CEO Boss FightA new challenge awaits in the colosseum! Invaders from another world attack without warning – unleashing the machine lifeforms. To break the deadlock, a new breed of android infantry is sent into the fray: the YoRHa squad. NieR: Automata™ is a fresh take on the action role-playing game (RPG) genre that gracefully blends mesmerising action with a captivating story. NieR: Automata is now available on PS4 and Steam in North America and Europe. Download the demo now on PlayStation Store: http://bit.ly/NieRDemo Like what you see? Then be sure to follow us: Facebook: https://www.facebook.com/NIERGame/ Twitter: https://twitter.com/NieRGame Web: http://NieRGame.com2017-04-17T13:00:05.000Z

It gets even weirder, the new DLC will allow you to fight the CEO of Platinum Games and Square Enix in a two on one boss fight. None of it makes any sense and that’s why we’re excited. We’re also getting a few new costumes and some new equipment. At least the costumes look pretty nice. These costumes are aptly named Revealing Outfit, Young Man’s Outfit and Destroyer’s Outfit. All of these costumes come from NieR Replicant, a Japan exclusive version of the original NieR for PS3. We’re also getting a new music track called “Deserving of Life” by rock band amazarashi.

You should be all set to play the DLC but keep in mind that Steam users are still reporting issues with the game so you might want to wait for Platinum Games to come out with an update to finally address all the issues. You will also have to progress to a certain point in the game before you can tackle the new content. 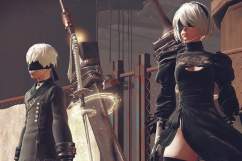