Persona 5 is making progress on PC emulation with the development team saying the game running at “4K and 60 FPS is very possible” but it doesn’t look like that is very close to being a reality. The game is playable on RPCS3, which can be downloaded here.

RPCS3 is a Playstation 3 emulator that will allow you to play PS3 games on your PC. Recently, the team has been working on getting the latest big title, Persona 5, running on the emulator. Remember that Persona 5 released for both the PS3 and PS4 so that makes the game an option for this particular emulator.

We wrote about the state of the game running on RPCS3 last month and it showed there was still a lot of work to do. The emulation was able to peak at 30 FPS in battles in dungeons but was far from a stable performance. On top of the low performance, emulating isn’t easy so you’ll need a rather high-end PC to attempt it. Remember, emulation is not the same as running a game natively.

Digital Foundry has shown the game will cap out at 30 FPS on both the PS3 and PS4. With the ability to have an unlocked framerate through RPCS3, the PC version of Persona 5 could end up being the most ideal way to experience the game. Obviously, this will take plenty of work and could even take a few years to achieve this but if you don’t have a PS3 or PS4, this might be your only option. 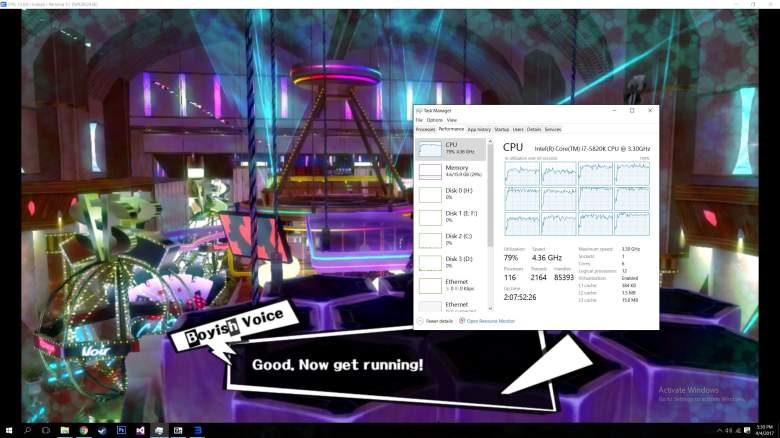 As it stands right now, the game is incredibly taxing on an i7-5820K, a 6-core Haswell-E processor that is retailing for over $400. The majority of PC gamers likely don’t have a CPU of this power so the game will struggle even more on other CPUs. The development team warns that no processor is fast enough to run the game in its current state.

People often ask what kind of CPU is needed to run this game. The answer is that no CPU is truly fast enough right now, but if you enjoy playing games at 10 FPS or so, then feel free to get a CPU with a lot physical cores. See the screenshot (above) for the motivation behind this statement. Of course in the future when RPCS3 performance is improved such an extreme CPU likely will not be required.

As for right now, it’s best to just wait and see where the project goes from here. As always, we’ll keep you updated with more information as it becomes available. You can read the full RPCS3 April progress report right here. 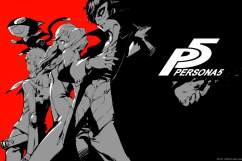 How To Get The “Drink Fanatic” Trophy in ‘Persona 5’