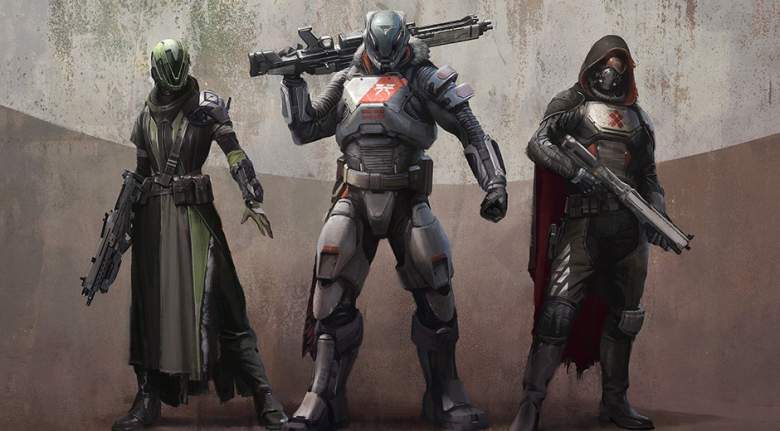 Destiny is a game full of chaotic, energy charged moments that can easily stand out as some of the most memorable moments of this and last generation. A lot of this is thanks to the 9 various subclasses, each one offering a plethora of powers, attributes, and enhancements that can push any Guardian’s skill over the edge. However, with so many different skills and playstyles available one has to wonder which is the best and which should be left in the dust. In this list, we will analyze what makes each of the Warlock, Hunter, and Titan’s subclass worth picking and then decide out of all of them which reigns supreme.

One important thing to note is that since Destiny’s PvE (Player vs Environment) and PvP (Player vs Player) are so different, we will only be focusing on the former. This means any use for these classes inside the Crucible or Trials of Osiris will not be considered. Here is our definitive ranking of Destiny’s 9 subclasses. 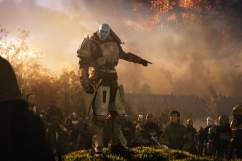 When is the ‘Destiny 2’ Gameplay Live Stream?

There was a time early on in Destiny’s lifespan when the Bladedancer was perhaps one of the most powerful subclasses in the entire game. Yet, this was not meant to be as over this title’s near three-year lifespan it has received a handful of large nerfs and small buffs, leaving it in a rather awkward spot. While the Bladedancer does have some powerful grenades at its disposable, most notably the tracking Skip Grenades, it’s just not enough to justify this classes viability.

With the exception of Arc Burn modded activities, the actual Super is pretty much useless when facing against any high-level foes. It’s rare that you will be able to take down one Major level adversary let alone a group of them when you activate this powerful move. The issue is that while your Guardian becomes highly mobile, this is never really needed in a lot, if not almost all of the PvE activities. Being able to quickly dispatch of foes is more important in raids or Prison of the Elders. As it stands, the Bladedancer just doesn’t bring enough to the table and doesn’t offer enough support to a Fireteam. 76 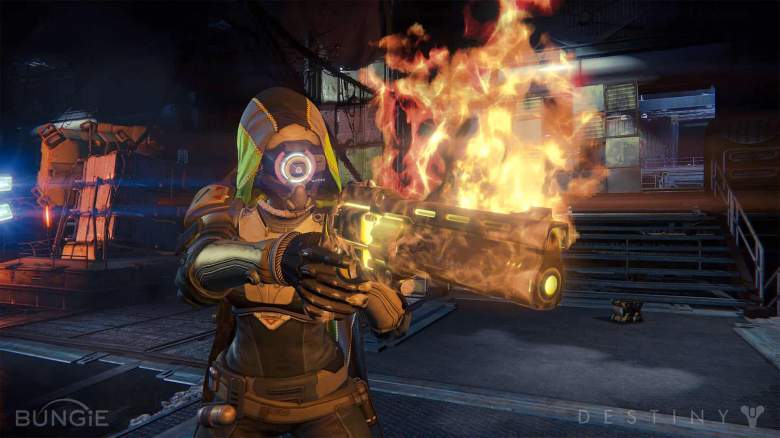 For those looking to test their skill in the Crucible, the Gunslinger is perhaps one of the best choices around thanks to its versatility and quick killing powers. Sadly, this doesn’t translate as well to the PvE side of the game, as the subclass has a too linear design to be useful in a lot of scenarios. The main philosophy of the Gunslinger is high precision damage, but that is not completely needed in a lot of the raids, strikes, or even on patrol. Yes, with the Celestial Knighthawk the Golden Gun is stupidly powerful, however, a Super shouldn’t be reliant on an outside item.

Even though this move is useful for the Oversoul in the Crota’s End raid, the Gunslinger is just too underpowered to make a big impact on the battlefield. Instead of a standard melee strike, the Gunslinger uses throwing knives which aren’t terribly effective even if you do manage to get a critical hit with it. Couple this with some seriously lackluster grenades to get one of the most underwhelming classes in Destiny.

It’s not that the Striker subclass is bad, it’s just very high risk for sometimes minimal rewards in PvE based game modes. Jumping into the fray and slamming your fists down is one of the coolest looking Supers in Destiny, but it can often get you killed as well. Outside of basic enemies, almost every boss has an incredibly powerful melee attack that can kill a player in one hit. This means that the Striker Titan is pretty much useless against a boss unless you are going for the killing blow. You’re more likely to get smacked back even harder, which heavily limits the Fists of Havocs use.

Thankfully, this Super is made up by some decent grenades and a powerful melee ability that add just enough variety to not push this Destiny subclass into the “pass” territory. Both the Pulse and Lightning grenades are fantastic for taking out enemies, while the Flashbang is rather useful if you find yourself overwhelmed by enemies. Despite this, the Striker subclass just lacks the versatility and effectiveness other classes have in combat.

The Sunsinger is a subclass that pretty much exists because it has one of the most powerful Supers in all of Destiny. Being able to resurrect yourself from death has saved players from redoing countless raids, boss fights, and strikes. However, the Super itself is flawed as it acts as a safety net which can make users play far more reckless than they should. Being able to come back is strong, but once you are alive there is really nothing to do but throw a few grenades out. Players aren’t given a ton of time to use this ability beyond coming back from the grave, which can make for some underwhelming moments.

Removing the resurrect part from the Super actually makes the Sunsinger a bit more cohesive, as users can stack burn damage on quickly with their various powers. Melee abilities are strong, but the only one that most players use is Flame Shield thanks to its “Overshield” granting power. Overall the Sunsinger is just okay and really only has prominence among the community due to the Radiance ability. 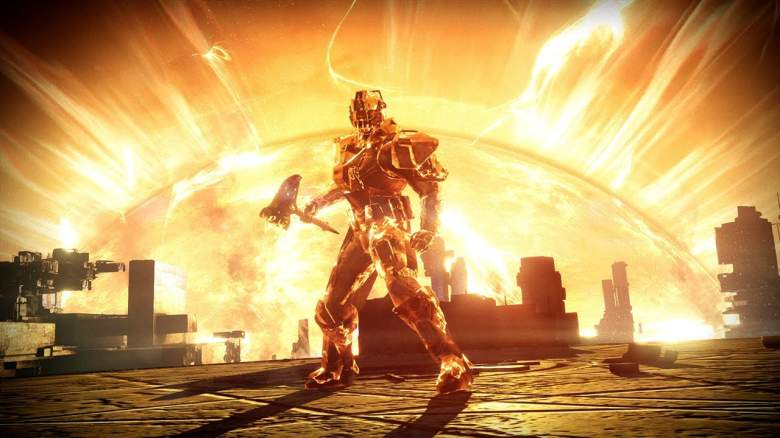 When it comes to PvP no sound may be more feared than the “clang” of a Sunbreaker activating their Hammer of Sol ability. In PvE, however, you will have mixed results depending on what activity you are playing. Make no mistake the Sunbreaker’s hammers are very good at killing enemies regardless of their rank, but the rest of the class suffers a bit because of this. There isn’t a ton of utility beyond throw fire at your alien foes as potent abilities like Cauterize got hit with a rather large nerf. This hampered this subclasses potency, making it only useful if you need someone to kill something.

The grenades and melee are okay and are useful in almost all the different PvE modes, with the Melting Point melee modifier being the best. While there is some risk involved, if you can place a burn effect on a boss via a melee hit then your entire team has a few seconds open to deal extra damage. It’s a small buff your team gets and it’s not as impactful as the Sunsinger’s grenades. Yet, it’s still nice to have some extra abilities to choose from that can benefit more than just yourself. 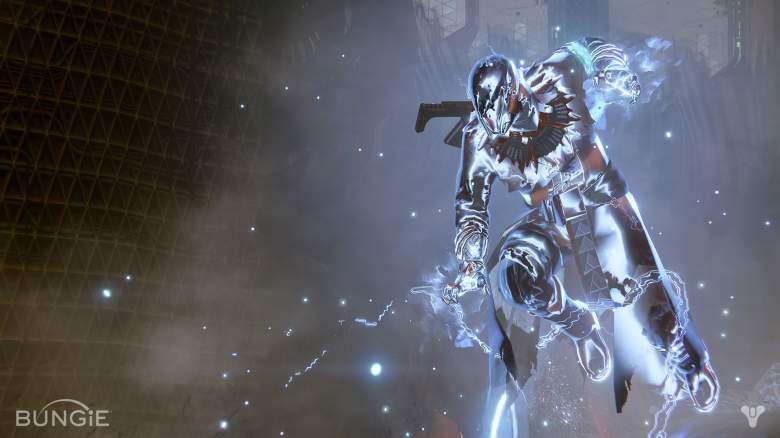 While all of the Supers are great at killing the basic enemies you come across, none are as powerful as the Warlock’s Stormcaller subclass. Being able to turn yourself into a walking superconductor allows even the least skilled players to clear entire rooms full of evil aliens. What pushes this class beyond the others is that there is a nice synergy between this classes various skills, with each one feeding into the other. This allows for a more potent Stormcaller build that can devastate any group of foes it comes across regardless of their rarity.

Grenades are a bit underwhelming, but when compared to the powerful Stromtrace Super and it’s long range melee strikes they can be overlooked. There is no Super that is as deadly or widely used when it comes to killing large groups of enemies. 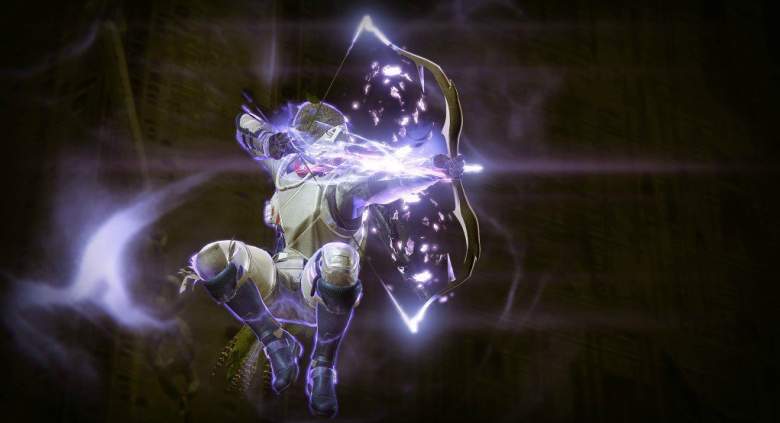 The Nightstalker is a very powerful subclass thanks to its sheer versatility that can offer a Fireteam a majority of different options. It’s Super, Shadowshot, not only makes the afflicted targets take more damage, but slows their movements as well. This powerful skill is used in almost every post-game activity including raids and Nightfalls, as the increased damage your team can output is rather substantial. Skilled Hunters can also make use of the Quiver modifier which lets you fire three rounds instead of one, allowing a player to scatter this incredible debuff across an entire battlefield.

Melee’s (which are effectively a second grenade) are useful for either escaping, saving a teammate, or stunning troublesome enemies that could easily kill you if you managed to get close. Despite not causing any real damage to a target, their sheer multitude of uses make them far more powerful than an electrified punch. The only real blemish on this class are the grenades, which when compared to the rest of the Nightstalker class are a bit underwhelming. The only real grenade that’s useful is Vortex, but even then it’s just to ensure that you have a nice grouping for a rocket or your smoke bombs. However, even with this issue, the Nightstalker is still an essential subclass to many if you want to participate in high-level content like raids. 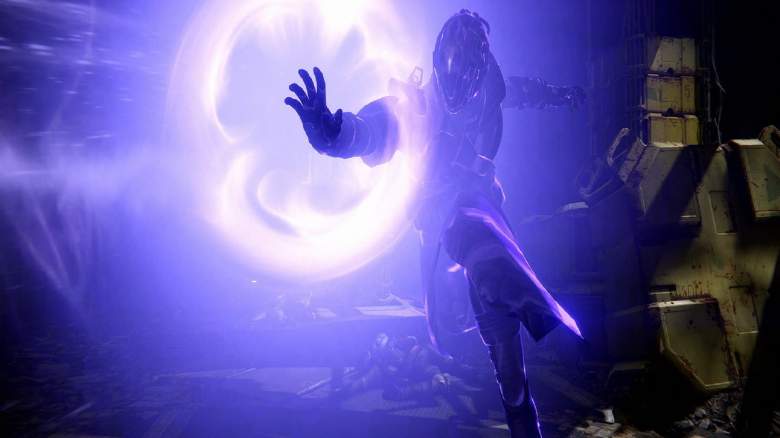 While the Nightstalker subclass is fantastic for working together, no single subclass has as much synergy as the Voidwalker. Every ability and skills work in concert with the others, feeding into not only their recharge rate, but power. This allows for a wide variety of builds, such as the nearly infinite grenade one that lets a Voidwalker just spam Scatter or Axion Bolts. This classes melee ability can either feed into your other abilities or give you health back, which can be lifesaving depending on when you use it. There is no doubt that other subclasses have similar modifiers, but none are as potent or as powerful as the Voidwalkers.

Then there is the Nova Bomb Super, a powerful explosion that can absolutely vaporize your opponents regardless of how strong they are. What pushes this ability over the edge are the additional abilities you can tack onto it, such as Bloom which turns every enemy killed by it into a mini-grenade. A skilled Voidwalker is more than capable of removing any threat in front of them and can be completely self-sufficient, making them an especially deadly threat.

The third and final Titan subclass comes in at number 1 thanks to its incredibly powerful utility that can help turn around entire fights. Starting off with the various grenades and melee, each of the modifiers for this class is great and can be useful in almost every scenario. While the explosives may take a bit more practice to use effectively, being able to disable a Fallen Captain’s ability to teleport can save some serious headaches. If you’re all about punching things, the various different melee choices all offer a nice balance of team and solo play.

When it comes to the Super, the Defender’s bubble is incredibly power and versatile. Being able to buff your team’s armor and weapons allow for Fireteams to have more flexibility when it comes to the various engagements in high-level activities. It’s important to remember that the Ward of Dawn is a critical piece to virtually every raid, as the protection it offers is second to none. 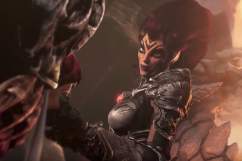