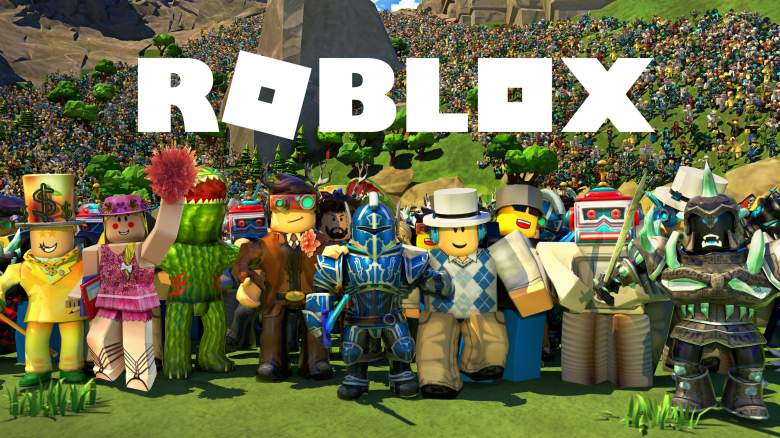 It’s easy to understand why, as there are just so many different kinds of things to do in the game that it’s hard to ever get bored of it. On Roblox.com, fans release their own Roblox games, which can be downloaded and played within Roblox itself. These games come in all shapes and sizes, from online first person shooters to home builders to platformers to party games.

But the games also vary dramatically in terms of quality, and not everything found on the Roblox website will be worth playing; also, not all of the games are actually free. So if you’re looking for some new Roblox games that are both fun to play and completely free of charge, here’s a look at some of the best of 2017 so far.

Though it might sound completely ridiculous, if you’re looking for a classic platformer in Roblox, one fun relatively new one is Escape Grandma House Obby! by Packstabber Obbys.

As you can gleam from the title, this game is set inside the house of the main character’s grandmother, and he must try to make it out. That involves quite a bit of platforming, jumping on top of dentures and cookies to make it across rooms, as well as navigating through mazes and avoiding deadly balls of yarn. As much as you might brush it off as silly at first, it’s surprisingly challenging to get through some sections of the game.

You’ll want to make sure to step on the faces on the ground throughout the level in order to save your progress, as you can expect to die over and over and over again.

A version of this game was released in 2015, but this current version came out in January 2017. It has been played by over one million people.

The “tycoon” subgenre is quite popular in Roblox, and one of the newest editions is The Simpsons Tycoon, released on May 11th by Polonium Entertainment.

In the game, players collect donuts from throughout the map, which is a recreation of The Simpsons‘ Springfield. These donuts can subsequently be traded in for money, which can be used to purchase properties, which in turn help you rack up more cash.

Though there have been versions of The Simpsons Tycoon on Roblox in the past, this particular edition of it was released in May 2017. It has already earned nearly 250,000 visits in the two weeks it has been online, and it receives frequent updates.

The max number of players for The Simpsons Tycoon is six.

There are quite a few spinny fidget games in Roblox right now, but this one is perhaps the most addicting.

Similar to something like Cookie Clicker, the goal of the game is simply to spin the fidget as many times as possible in order to rack up a high score on the leaderboard. You spin the fidget by clicking and holding down, and at first it moves rather slowly. But as you play, you’re able to trade in spins for items that help make it easier to spin the fidget. Especially given the fact that you can compete with other players’ spins in real time, the game actually becomes hard to step away from.

One of the first things you’ll buy are oil bearings, which make the fidget spin faster. As you keep playing, you can get more and more expensive items that make it easier to spin the fidget, and the game continues from there.

Spinny Fidget was created by RoyalBobby202, and it has been played by over 50,000 people. Though it’s a solo game, the maximum players number of players is 25, and you can see the score of other players on the side of the screen as you play.

Build to Survive Monsters is pretty similar to Minecraft, only players are put under even more of a time crunch.

There are a bunch of different types of monsters in the game, and so things are kept fresh enough that if nothing else, you want to keep playing just to see what the next wave of monsters is going to be.

Variations of Build to Survive Monsters have been released in the past, but this particular version was released in May 2017. It was created by Games Page Studios and has 32,000 visits.

For a fix of Grand Theft Auto within Roblox, look no further than Jailbreak.

As a prisoner, once you’ve escaped, you’re officially a criminal, and you can now steal a car and drive around trying not to get caught.

Jailbreak was created by Badimo, and it has been played by over 67 million people.

One of the better FPS games within Roblox is the Nerf FPS series.

Nerf FPS 2017 was released this past January, and it’s basically exactly what you would hope for out of a simplistic shooter within the Roblox universe. There are a variety of maps including an island one, and players are able to customize their weapons and add on perks to improve gameplay.

There’s actually an even newer version of the game currently available, with Nerf FPS 2018 having been released on May 15th. However, the 2017 version is still the one with the most players, so you should probably stick with that one for now.

The Nerf FPS series is created by Peanut Butter Studios.

Breaking Point is a horror party game which is sort of like what would happen if you combined Roblox with the Saw films.

In the game, you find yourself in a dark room with a group of players and nothing but a table. From there, a variety of twisted elimination-style games take place. One of them is essentially Duck Duck Goose, except when the goose is chosen, they must have a knife fight to the death with the person who picked them, and whoever survives gets to sit down and move on to the next round. This continues until only one person is left alive.

Another game mode sees each of the players seated at the table, with one of them secretly being a murderer who kills one person every time the lights go off. After each death, everyone has to vote on who they think the murderer is. The person who receives the most votes will be killed, whether they’re actually the murderer or not. The murderer wins if they kill everyone without getting caught, and the rest of the players win if they successfully identify and kill the murderer.

Breaking Point was created by Paradox, and it has been played by over nine million people.

Read More
Android Games, iOS Games, iPad Games, PC Games, Xbox One
In Roblox, these are the best free games that have been released on Roblox.com in 2017 so far.