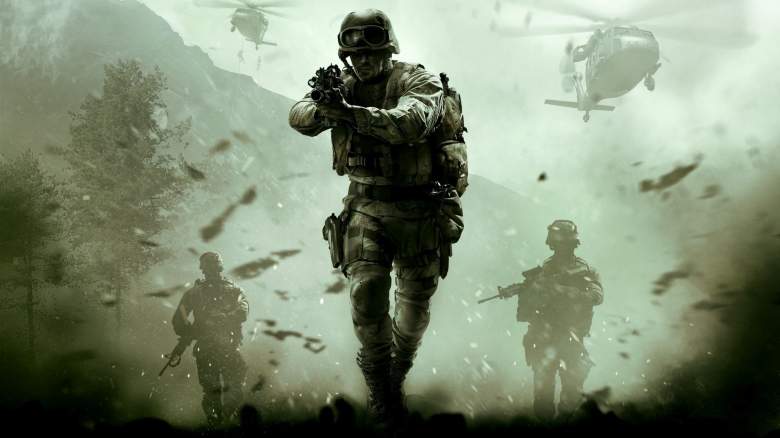 Call of Duty: Modern Warfare Remastered is arguably the biggest reason to pick up the Legacy, Legacy Pro or Digital Deluxe editions of Call of Duty: Infinite Warfare. Currently, that’s the only way to get access to the remaster of the excellent Call of Duty 4. The physical versions still require the Infinite Warfare disc to be inserted in the console to access the remastered. All of that may be changing if this recent leak by reported by Charlie Intel is correct.

Charlie Intel has a good track record of finding and confirmed Call of Duty leaks so this has a strong possibility of happening. The latest leak comes in the form of Modern Warfare Remastered appearing on GameFly’s website with a release date of July 20 on Xbox One and June 20 for PS4, suggesting PS4 owners will get access a month earlier. The links on GameFly’s website have since been taken but not before screenshots were taken. It’s likely this would be coming to the PC as well if it’s coming to the consoles. We also have no details regarding the price. 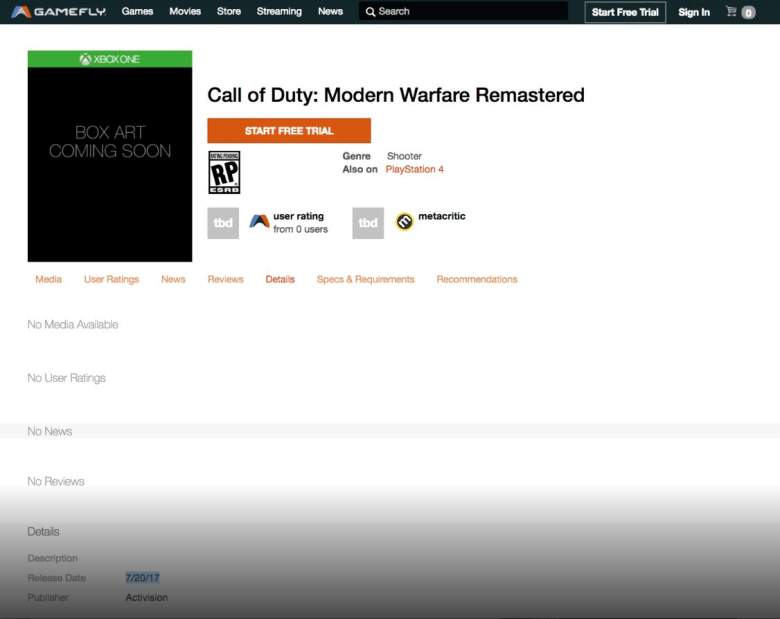 Even if this isn’t true, it has to be a matter of time before it is release from the clutches of Infinite Warfare. Activision has said in the past that Infinite Warfare received a mixed reception from fans of the series while Modern Warfare Remastered received a positive response. A common criticism Modern Warfare Remastered has faced is the fact it has paid DLC that is actually more expensive than it was when it was originally released last decade. A common trend with previous remasters has been to included all the DLC packaged with the original price of the game.

“It’s clear that, for a portion of our audience, the space setting just didn’t resonate,” he explained. “We have a passionate, experienced studio deeply committed to this direction, and despite the risks we saw, we believe it is important to consider the passions of our game teams in deciding what content to create.”

The Halo Wars Definitive Edition recently escaped the clutches of its big brother Halo Wars 2 and saw a standalone release so it’d be a welcome addition if a similar fate is coming to Modern Warfare Remastered. However, this is a rumor and although it does seem likely, take it with a grain of salt. If it does happen, we’d be very excited. We’ll keep you updated on the story as more information becomes available.

Would you be interested in Modern Warfare Remastered being offered as a standalone release? Let us hear what you think in the comments.