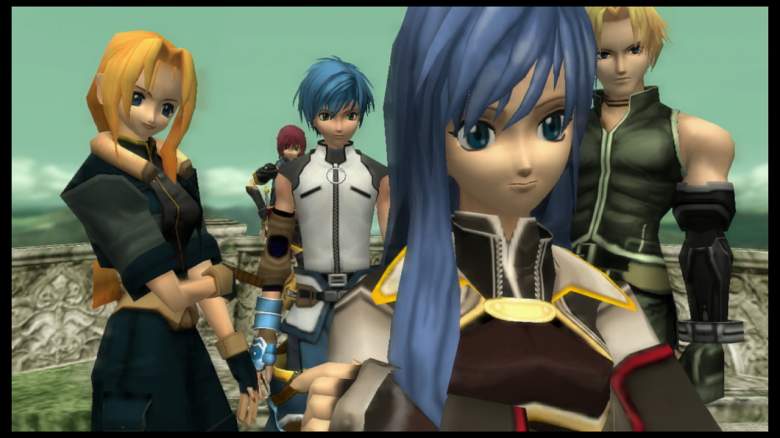 Another well known title is hitting the PS4 for today in the form of Star Ocean: Till the End of Time.

The title will be joining the PS4 as part of the PS2 on PS4 program that is bringing PS2 classics to the PS4. Star Ocean will come equipped with trophies for the player to unlock, share functionality and remote play. The game received an HD upscaling that will make the game look a little better but the cutscenes will still render in their normal resolution.

This Star Ocean title will put the player in control of Fayt as he brings his family and childhood friend Sophia to the Federation-managed planet Hyda for a vacation. Of course, their calm getaway turns into a nightmare when Hyda is attacked by an unknown space military. In the heat of the attack, Fayt is separated from Sophia and his family and the player must now track them down. It is the third main title in the Star Ocean series.

Star Ocean: Till the End of Time is available on the PlayStation Store now for $20.99. Producer Shuichi Kobayashi discusses his experience making the game back in 2004 in this video below.

Star Ocean: Till the End of Time – A Message from Shuichi KobayashiShuichi Kobayashi discusses his past experience with Star Ocean: Till the End of Time. The game is available now on PlayStation 4 with full HD graphics and all new features! While on holiday, Fayt Leingod, a seemingly normal college student from Earth is caught up in an unprovoked attack by the Vendeeni – an alien…2017-05-23T13:00:05.000Z

In other PS2 on PS4 news, Resident Evil Code: Veronica X has made its way to the PS4. Unfortunately, this isn’t the HD remaster that appeared on the PS3 and Xbox 360 but instead just a straight PS2 port. That doesn’t stop the game from being good but it’s a bit disappointing knowing we got the older version of the game.

We have also seen the release of a couple Harvest Moon games on the PS4. Save the Homeland and A Wonderful Life Special Edition are both available on the PS4. It has been a good year so far for the PS2 on PS4 program and we hope to see more great titles added in the near future.

Read More
PS2, PS4, PS4 Pro
Another well known title is hitting the PS4 for today in the form of Star Ocean: Till the End of Time.