• No need to waste a perfectly good Tournament Ticket, when you can try out a new strategy by playing in Practice Mode. You get all the bells and whistles of a regular Tournament run, but you won’t spend a ticket when trying (and your Tasks and Achievements won’t count here either), so get on experimentin’.

• And better Chests means more Cards. It’s easy to kill 20 units on any Arena, but what about Tasks that ask you to get creative? Those will give out larger, improved, epic-er Chests – where you’ll find rare Cards! Don’t pass them by.

• Chests and Troop Packs take time to open – but you can find Lockpicks that shorten chest opening time, making getting Cards you need way faster. It’s worth saving up lockpicks for bigger Chests.

• Ah, free stuff. Everyone loves it. Every couple of hours, you can claim a free Supply Chest, where you’ll find Cards, Skyshards, Lockpicks, or even a Tournament Ticket. Don’t forget to claim them, since you can only have a maximum of 2 Supply Chests at a given time. They’re a nice boost to leveling up your Arsenal.

• It’s the stuff you get from winning Duels. It’s super important because that’s how you advance to a next League. And higher League means better chests with more cards, new Arenas, and of course, new Cards that can be unlocked. So start Dueling.

• Your opponent has built a nice little maze? Would be a shame if someone destroyed their towers. Use your Hero to chip away at Tower’s health, or send away a Bombastic to outright destroy a Tower. They’re pretty slow-moving, so defend them with Hero or Troops – and watch enemy defenses crumble.

• Join other Survival Arena players in a Clan – and then help it rise to glory in Leaderboards. Oh, and Donating cards to each other is a super nice way to help out a fellow clanmate in need. 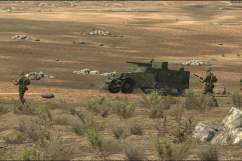