Check out our top picks for the best free Android games that launched during April 2017.

Super Senso is a game that’s been cooking up for a while now. Now that it’s out, we’re overjoyed at the fact that it turned out so well. This strategy-themed adventure has the craziest lineup of allies ever assembled for PvP wars – felines, dinosaurs, aliens, massive robots, zombies etc. You and your army of misfits get embroiled in battles that look all the more better thanks to the game’s vibrant 3D visuals. Taking down one’s Senso-Gate is your main goal, but getting there means you need to push your SENSO heroes all over the map and eventually to victory. Super Senso does a good job at featuring the best mechanics tied to strategy games and throwing in its own dosage of zany characters to collect, upgrade and send into battle. This game’s only going to get better over time. 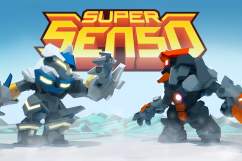 Now this strategy game is much different from the 1st one we just spoke of. War of Crown is a beautifully stylized anime title that’s reminiscent of games such as Final Fantasy Tactics, Ogre Battle and Fire Emblem. The world you and your heroes inhabit has been devastated by war due to several forces fighting each other over the highest ruling honor. As you play through the fantasy themed campaign, you’ll learn the deep mechanics behind the battle system and your impressive roster of mystical heroes. Developing battle winning tactics, taking them into PvP encounters and constantly upgrading your heroes is the name of the game here. War of Crown presents a strong presentation that’s supplemented by gameplay mechanics that are top of the line for the genre.

Proving your worth within the arena of Tiny Gladiators is the ultimate test. But such a violent exam that spans across several regions is a joy to endure. This one-on-one mobile fighter is deeper than most games of its kind thanks to its RPG leveling system and endearing art style. Your minuscule (but still intimidating) warrior is directly controlled by you, so you’ll need to hack and slash various foes and stand tall against massive bosses. Once you’re finished exacting your revenge in Story Mode, there’s two other modes to busy yourself with. Test your mettle against other players’ gladiators during online battles, then make sure you’re prepared for the challenges present in the Survival Tower. Tiny Gladiators may look cute, but the way you defeat your enemies is far from dainty.

Adult Swim Games has been building up quite the roster of quirky titles lately. One of their biggest hits came in the form of an endless runner called Robot Unicorn Attack. Since it landed on mobile devices, we’ve been treated to a sequel and now the 3rd iteration of this franchise. Robot Unicorn Attack 3 refines the gameplay that lets you take control of a mechanical unicorn and run across prismatic locales until it explodes. The most notable change within this sequel is that now you can create a team of three robot unicorns for some galloping escapades. Getting new mechanical steeds leads to you breaking down older ones to create them, plus you have a chance of adding more legendary unicorns to your growing stable. Robot Unicorn Attack 3 is the same whimsical endless runner its predecessors did so well and then some.

“It’s time you wet your whistle and put a little Peter in your pocket!” HA! That sexual innuendo quote came straight from the game’s official description. We wouldn’t expect anything less from Family Guy. Their latest mobile gaming venture delves into the overcrowded genre of match-three puzzlers. What makes this entry into the genre stand out (besides the fact that it features the zany cast of Family Guy) is how you proceed through most of the game’s many stages. Solving puzzles impacts everything that happens in the background. Some of the most hilarious moments from the show come to life, plus you have more to look forward to as more classic storylines are on the way. Of course, there’s special boosters inspired by the show that helps you break through over 160 puzzles much easier. We’re just glad Family Guy: Another Freakin’ Mobile Game is actually another GOOD freakin’ mobile game. 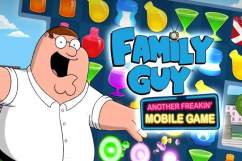 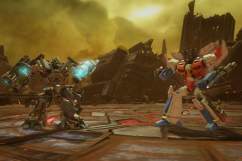