Another month means another batch of games. Check out all the games releasing in May you need to know about.

After the troubled development and cancellation of Prey 2, Arkane Studios is poised to deliver their own take with Prey. Prey follows the exploits of Morgan Yu as he investigates an alien outbreak aboard space research facility Talos-1. Use a variety of weapons and special powers including shapeshifting into everyday objects to fight back the alien menace. Fans of Bioshock and the Dishonored series (with the latter being developed by Arkane Studios) will want to keep their eye out for this one. 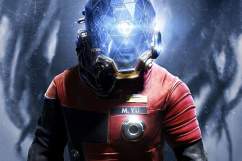 Embark on an ultra-violent homage to Doom, Quake, and other classic games with Strafe. The FPS Rougelike developed by Pixel Titans uses procedural generation to create new levels every time you die. The game’s gore literally paints the walls and floors of the game. All you need to do is watch the trailer above to get everything you need to know about this game.

Developed by Deck13 Interactive, the studio behind Lords of the Fallen, The Surge is another Dark Souls-esque action-RPG that combines brutal gameplay with a fresh Sci-Fi setting. Players are equipped with an upgradeable exoskeleton and combat revolves around targeting different body parts and using finishing moves. 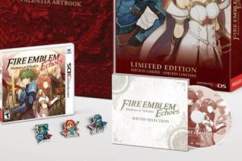 Head back to Camp Crystal Lake to meet an old and very iconic friend. Friday the 13th: The Game originally began as Slasher Vol. 1: Summer Camp but then developer Gun Media received the Friday the 13th license straight from creator Sean Cunningham himself. The eight player multiplayer game places seven camp counselors against one Jason Voorhees as they try to escape or defeat him. Authenticity is retained right down to the famous kills Voorhees can perform.