• Already mastered Team Battles? Try a game of Zombie Virus. Looking for a totally new way to play? Give King of the Hill a shot. Have you ever crouched in a tall bush or hidden behind a raging waterfall to evade a swarm of ravenous zombies? There’s nothing more exciting! (Trust me.) In King of the Hill, teams clash head-on to control flags as they appear across the map. Work with your team to claim victory.

7. Collect and Enhance Gear to Make Your Heroes Even Stronger

• You can refine, upgrade, and fuse the gear you’ve collected to make it stronger. Want to take your stats to the next level? Try collecting gear sets and magic gear. Better equipment means a better chance of victory.

8. Climb the Ranks During Each New Season

• For the ultimate test in skill, challenge other players in Ranked PvP. Your performance in these matches is graded. Do well enough, and you may even see your name in the main lobby of the game. Gold, Crystals, and a special frame await players who prove themselves in the Arena.

9. Become Active in a Clan

• Unique PvP, special rewards, new allies, heaps of praise, an active community of players…sound good? Then join a clan. The more, the merrier.

• You can periodically claim free rewards through free boxes, Pandora’s box, and attendance rewards. They even provide soul stones, refining material, skins, and new Heroes. Don’t let them slip away. 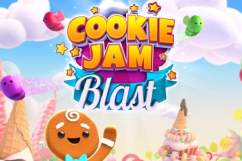