Another long season of Diablo 3 is winding down and Blizzard has given us the official end date of Season 10.

Blizzard revealed the official ends times of the season on their blog. Season 10 will wrap up on the following dates and times:

If you have any part of your seasonal journey to finish, you better do it soon as you’re quickly running out of time. Also, at the end of the season, all Seasonal Leaderboards will be wiped and you’ll be unable to attain new ranks until the next season begins. All players who reached level 70 with a character will unlock an exclusive head and should transmog. Finally, your Seasonal character will transition into a non-Seasonal one and will take the highest paragon level available, whether that’s on your Seasonal character or non-Seasonal.

The end of Season 10 gives us the perfect time to release the Necromancer Pack. With almost four weeks of time to pass until the start of Season 11, there has never been a better time to release the new class. Releasing it during this window will give players a chance to test out the character before jumping into the season to compete on the leaderboards. Season 11 begins on July 20 so we’d be surprised if we don’t see the Necromancer released before then. 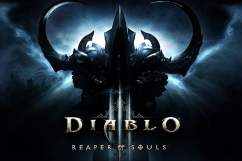 ‘Diablo 3: Eternal Collection’: What Is It?

Read More
Diablo 3, PC Games, PS4, Xbox One
Another long season of Diablo 3 is winding down and Blizzard has given us the official end date of Season 10.