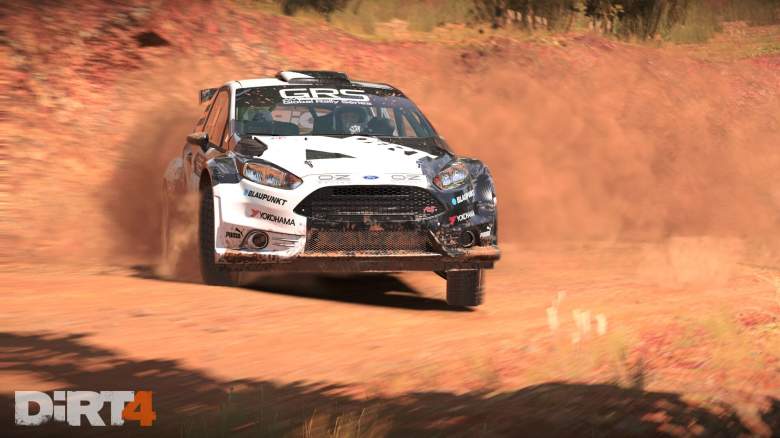 As you twist, jump, and drive your way to victory in developer Codemasters’ racing game DiRT 4 you will eventually bang up your car. Thankfully, players are able to repair their vehicles in DiRT 4 to fix any major or minor problems they might be suffering from. While this seems straightforward at first glance, Codemasters have implemented a time system which means players can only repair so many parts at once.This adds a strategic element in how you approach fixing multiple issues such as a flat tire or banged up frame.

In order to repair your car, players will need to reach the section during their event where they have some time to work on their car. Users are able to repair their vehicle during any of the events like Land Rush and Rally, however, this is only during set periods. When you load up an event all of the tracks will be listed in front of you, some of which will sport a tiny wrench icon in a white box. This indicates that before a race players can repair their cars and make any adjustments needed. Not every event will feature multiple chances to fix your problems, meaning if you blow a tire during the first race you will have to compete with that flat on the following track until you get to the repair portion.

Once you are actually in the Service Area, scroll down to the “Repair Vehicle” tab which should have a large exclamation mark next to it. Select this to open the repair menu which is broken up into five different sections of your vehicle.

On the Home tab, players can both see what DiRT 4 recommends fixing or confirm the repairs that the player has decided upon using. The inspect section lets you clean the car or check on the various functions in your vehicle to ensure they are all running at 100% efficiency. Power-Unit, Drivetrain, and Chassis are the three specific areas where you can make repairs to components like the engine, brakes, or clutch. Next, to each of these mechanisms, you’ll see a diagnostic that lists them as either fine or damaged.

To actually implement your repairs highlight the damage section and flick the left control stick to the right so you see either Standard or Quick Fix appear. You can also see how much time this problem will take to correct, which is then applied to the time bar at the bottom of the screen. If you exceed thirty minutes then you’ll be penalized for taking too long. Unless you are seriously pressed for time always pick the Standard Fix to ensure the problem doesn’t crop up during a race.

Some of these changes will also cost you some money, so try your best not to suffer any severe crashes otherwise you’ll be in spending a lot of dough. After all, who wants to go completely broke because they kept rolling their vehicle during a race in DiRT 4?