Tempest Trials is a new event available from June 8, 12:00 a.m. PT to June 22, 12:00 a.m. PT. Tempest Trials has you completing a series of maps with enemies to defeat on each one. Once you clear the final map, you’ll receive a score as well as rewards based on that score.

The new event is very difficult, even for veteran players. Your won’t be able to use a hero for the rest of the trial after they’ve been defeated and you can’t heal in between matches, making HP conservation and careful strategy a must. Here are 10 tips and tricks to get the upper hand as well as those sweet, sweet rewards.

1. Have at Least Four Teams Ready

Trials will let you take two to four teams for the duration of the campaign for a total of eight to 16 units. When one team is wiped out, you switch to the next one. That’s why it’s important to have a bunch of units optimized and ready to go. That way when your heavy hitting red unit bites the dust, you can replace it with another one just like it.

Using bonus heroes on your team for at least one battle will grant you additional points on top of the score you already receive, similar to using bonus heroes in the arena. This will allow you to gain additional points in case your just slightly out of reach of a nifty reward. If you use multiple bonus allies in teams, only the bonus from the one with the highest percentage will be applied.

Currently, Robin (Male), Lucina, Nowi, and Tharja will earn you 40 percent additional points. Robin (Female), Marth (Masked), Lissa, and Alfonse earn you 20 percent additional points. Robin (Male), Lucina, Nowi, and Tharja can all be obtained from the Tempest Trials Summoning Focus. Robin (Female) is obtained from a Grand Battle, Marth (Masked) can be won from Tempest Trials (you need a cumulative score of 6,000 for the 4-star version and 30,000 for the 5-star version), Lissa is obtained randomly from summoning, and Alfonse is with you from the beginning of the game.

Olivia, Azura, and Ninian will grant allies an extra turn with their support skills. This allows allies to take down an additional opponent, finish off a bulky enemy, or escape from a compromising position. They are also skilled fighters in their own right, with Azura able to take down red units with her Sapphire Lance+ and Ninian having access to the exclusive skill of Fortify Dragons to buff other dragons on your team.

4. Use Red Units for the Final Battle

All of the final maps in a trial have Veronica, a powerful green mage unit. That’s why you should have at least one red unit on your team so you can counter her. Red melee units will not be counterattacked when attacking Veronica and ranged units will have an easier time finishing her off as she has lower resistance than defense.

You won’t be able to use a unit for the rest of the Trial after it’s defeated, so don’t waste units unnecessarily. Also, you get more points the more heroes survive. Try to use different strategies to mitigate damage as opposed to destroying one opponent at the cost of your hero.

If you really want to sacrifice a unit in order to, say, bait a strong opponent closer to your group of heroes or chip away at their HP so another unit can finish them off, then do so only at the final map. It’s better to sacrifice one hero and complete the trial than to potentially lose everything and get a lower score. Though for the maximum amount of points, try to keep everyone alive.

Opponents usually go after the weakest unit in your group or units that can’t fight back, so use that to your advantage. You can get in range of a melee opponent with a ranged unit, have them attack your unit, and then counter with nearby allies. However, be sure that your unit has enough HP or bulk to take attacks when baiting.

Using healers could be useful, but you’d be taking up a slot for another fighter. You also won’t be able to heal to full HP after every match. That’s why you should use heroes that have healing skills. Renewal will heal 10 HP every two turns and units with Falchion will heal 10 HP every three turns. Ardent sacrifice will give allies 10 HP at the cost of your own HP and Reciprocal Aid will swap your HP with another target.

Use mobility skills to move around the map easier and get out of tight situations. Pivot lets units leap over allies to get to points faster, which is especially useful for armored units who have reduced mobility. Reposition will move allies to the other side of the unit to protect them. Wings of Mercy will let you warp to an adjacent ally at 50 percent HP or less, allowing healers and dancers to save low HP allies.

The Danger Area, selected from the bottom of the screen, is indispensable. The purple overlay lets you see the attack range of all enemies so that you know if you’re going to be attacked during the enemy turn. You can also select specific units and see their individual ranges so you can, for instance, know when your flying unit is too close to an archer unit. You can also know if multiple enemies can reach you on a specific space so you can get out of the way.

To find out the best heroes to use for Tempest Trials, click the link below. 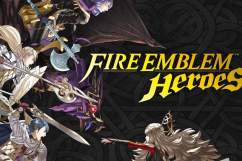 Read More
Android Apps, Games, Guides, iPhone Games, Mobile Games
Tempest Trials are difficult even for veteran players. Here are 10 tips and tricks to get the upper hand as well as those sweet rewards.