We have previously covered the top five tips and tricks to get started as Jason, but now we’re taking it to another level to help ensure no counselors escape under your watchful mask (or sack).

Here are some of the more advanced tips and tricks to help you play as Jason and hopefully go 8/8 every match. 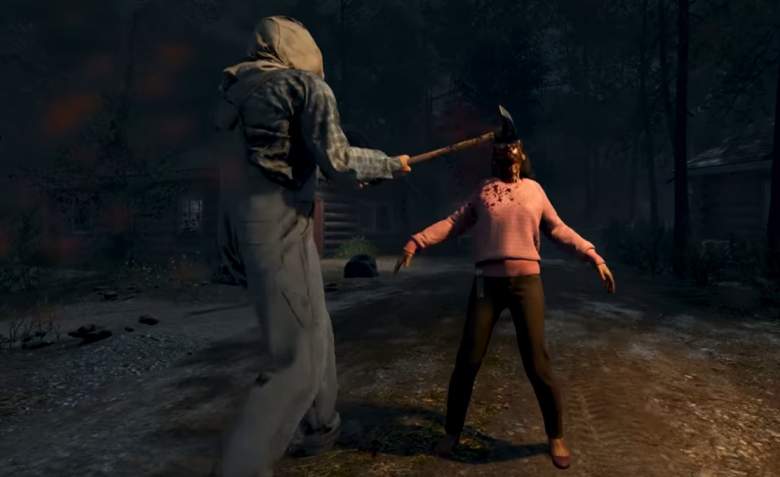 You may not have realized, but a lot of the counselors give themselves away to you. If you have a trap set somewhere on the map and someone springs it, you can hear the trap clamping down, no matter where you are on the map. Once you target which trap was set off, a quick Morph over will quickly put an end to that counselors life.

The same thing applies to counselors trying to fix the phone, car or boat. If they fail a skill check, you’ll hear it too. The phone will sound like a disconnected phone and if you hear that noise, just Morph on over to the phone box and put a stop to their plans.

If you hear the car start up, which is the sound of the engine turning over and going, just stop what you’re doing and check your map to see which direction the car is going. Morph a little ways up the road in front of it and wait for it to come. Just being in the road will discourage them and send the car in reverse. You can also Shift behind the car and somehow break it down that way.

2. Knock Out The Power Early 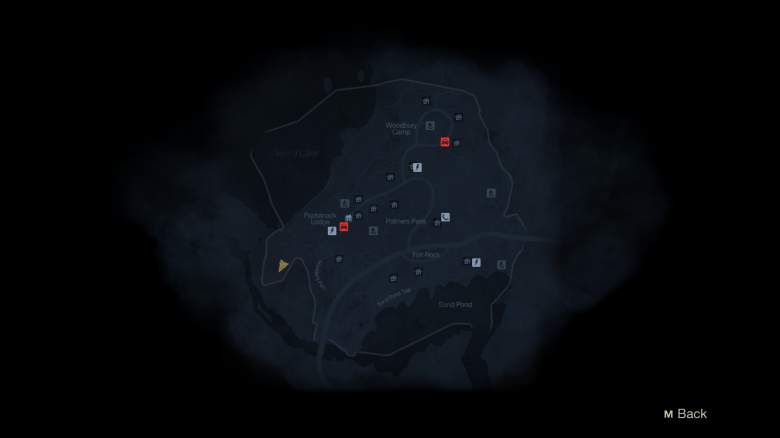 Outside of picking up the two throwing knives in your cabin, one of the first things you should do as Jason is Morph to the power boxes on the map and knock them out. Not only do you get points for being a party crasher, but you also cut off all the power on the map, which means they can’t call Tommy Jarvis until they fix the nearby power box.

It wouldn’t hurt to put a few traps down in front of the power boxes either since they’ll need to eventually come fix them if they want to use the phone.

With the power out, the counselors fear will be building throughout the match which will make it easier for you to sense their fear. This means you should be using your Sense ability quite often and you should have no problem tracking down these counselors.

3. Don’t Forget To Use Combat Stance 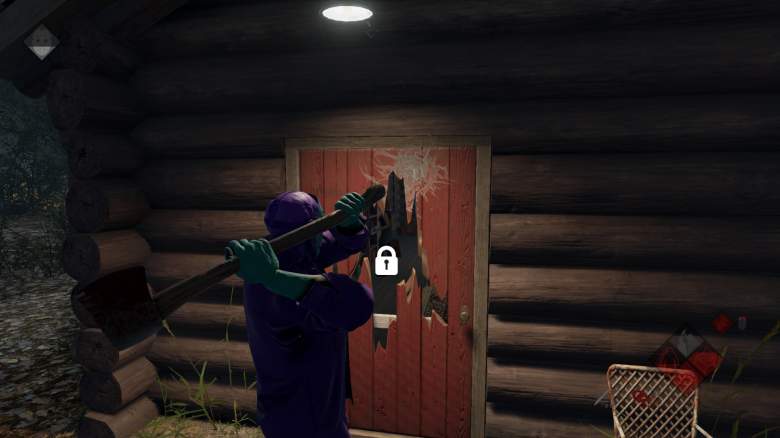 Combat stance is a very important thing to take advantage of as Jason. Entering the stance will not only allow you to chop down doors quicker, something many players don’t know, but it will also allow you to withstand a barrage of attacks from counselors.

You may run into a match where the counselors are trying to kill Jason and we know that Mother doesn’t like that so we can’t let that happen. If you enter combat stance, you will be able to block their attacks, which prevents you from being stunned and will cause their weapons to break.This is a surefire and quick way to shut down any would be Jason take down.

Don’t forget to switch out of combat stance once you break down the door to the cabin because you will move significantly slower while in the stance and you won’t be able to use any of your abilities.

4. Set Traps On The Objectives 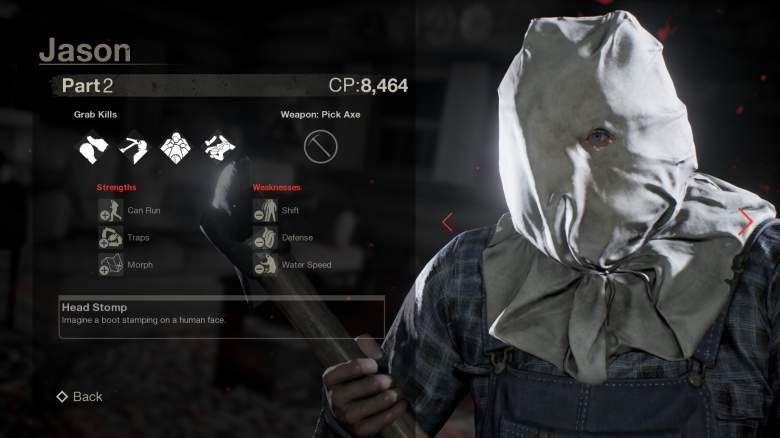 The objectives like the car, boat and phone are important for the counselors to escape. A good Jason player will make setting traps on those first priority. Not only will you hear when a counselor sets off a trap, but it will also slow them down and give away their plans.

Counselors can disarm the traps but that would require them to use up a valuable pocket knife so you usually won’t see that happen too often. You can even set traps in a way that will snag a counselor and actually cause them to step in a second trap as soon as they escape from the first one.

A good Jason to pick for this task is Part II Jason. Our bag head friend starts with seven traps, making him ideal for setting traps everywhere.

5. Learn To Use Throwing Knives

This tip is especially important for the Jasons out there that can’t run. If you Shift toward a counselor and miss your grab, don’t worry because it happens to the best of us, you can rely on your throwing knives to slow down that pesky counselor. A couple well-placed knives can bring that counselor to a limp, making them easy prey.

It takes some practice to become a pro with the knives but it is definitely worth it. You can find a good supply of throwing knives stuck in poles and cabins so you’ll never really run out if you’re looking for them.

6. Don’t Be Afraid To Swing Your Weapon

If it’s getting late into the game or if you say a counselor ransacking a cabin, it becomes a safe assumption that they could be hiding a pocket knife. An easy way to remedy this is to Shift close to them and then take a couple swings with your weapon to hobble them. Now when you grab them and they put that knife in your neck, they can only limp away so you should have no problem catching up.

If you find yourself surround by a group of counselors with weapons, you shouldn’t be going for grabs in this situation since you’ll be easily stunned while you are gripping a counselor by the throat. Instead, just swing around for a while and may hobble or pick off a few counselors. You never want to become an easy target. Just remember that you are Jason and they should be afraid of you.

7. Get Used To Using Stalk 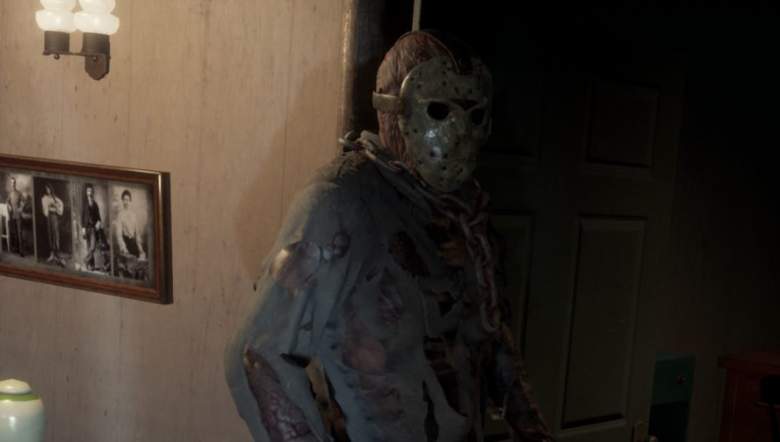 Stalk is wildly underrated ability that Jason has. This skill turns off the music that plays when Jason is around, making things seem safer than they really are. If they have nothing to be afraid of, you should have no problem sneaking up on unsuspecting counselors.

If you are chasing around a counselor in a cabin. You could head around back or just hide from sight and switch on Stalk. This means your music will stop playing and they might think the coast is clear. Maybe you’ll get lucky and even see them climb back out the window, which means they are now your next victim.

Stalk can also work when you morph far in front of a car. You can switch on Stalk and use Shift and take yourself right in front of a car full of counselors without them even knowing what hit them. 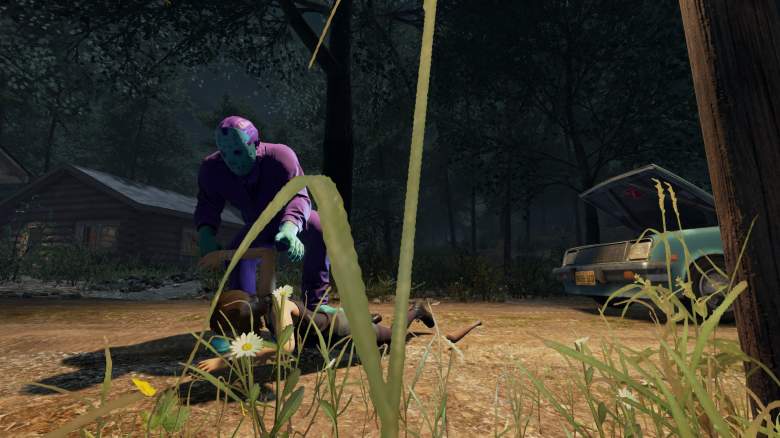 Make sure you carry a quick kill action on your bar since sometimes you’ll need to act fast. While some of the kills look pretty cool, the problem is that they take to long to perform. We can’t give counselors too much time to escape.

Having a quick choke kill or the kill where you punch the head off the counselor are good kills to have in your arsenal, especially when you stop the car. When you pull the driver out of the car, you don’t have a ton of time before someone else hops in the driver’s seat and speeds off. If you’re performing a long and drawn out execution, this gives the counselor time to start the car back up and you’ll have to Morph in front of it and repeat the process you just did.

If you have a quick kill, the counselors won’t have enough time to start the car back up and you can end up wiping out the whole car without having to worry too much about it escaping. Chokes also are nice to have since they don’t take up a lot of space so you don’t have to worry about finding adequate space for the kill or the counselor breaking free from your grasp. 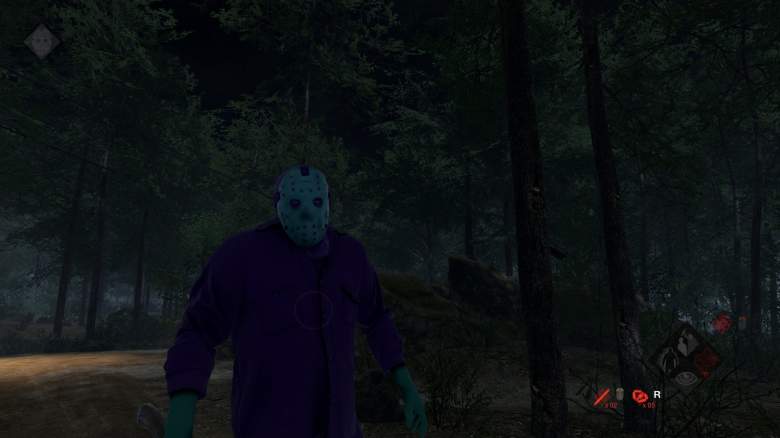 Your Rage meter builds over the course of a match. Getting wailed on by counselors will make Jason angry which fills his rage meter, which can be found in the corner of the screen in the form of a hockey mask.

When Rage Mode is active, you pretty much become even more unstoppable. You will be able to walk right through doors and all of your cooldowns shorten. Your Sense ability will have its range increased which means it is now harder for counselors to hide from you.

If you knocked the power out in the beginning of the match, the counselors should have a pretty high fear level which makes them glow bright red when you’re using Sense. You should now be able to find these counselors quite easily, even if you’re on the opposite side of the map.

10. Keep Your Mic Off Until You’re Ready To Taunt 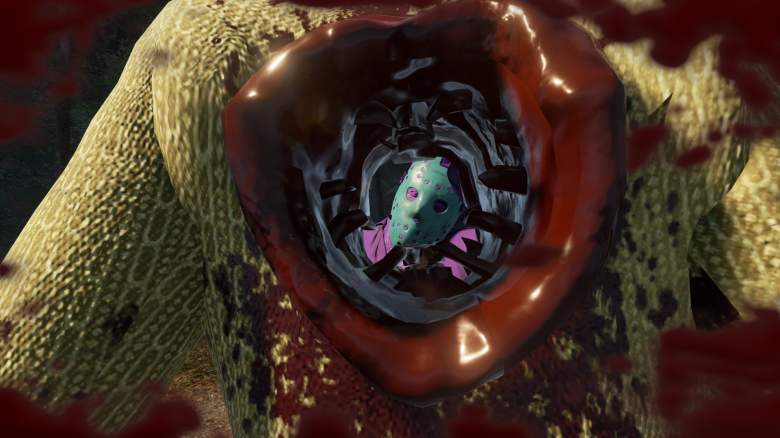 Talking with the other players in the match are one of the best parts about this game. However, we’ve seen many times that a Jason player gave themselves away by having their mic on. If you’re trying to sneak up on a group of counselors, you don’t want to give away the fact that you’re there by breathing into your mic at the wrong time.

We’d recommend that you keep your mic off or turn on the “Push To Talk” feature and that was you won’t prematurely give away your position. There’s nothing wrong with talking once the counselors know you’re there or you want them to know you’re there. We just don’t want to ruin the surprise of us showing up to the party. 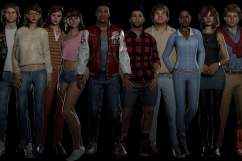