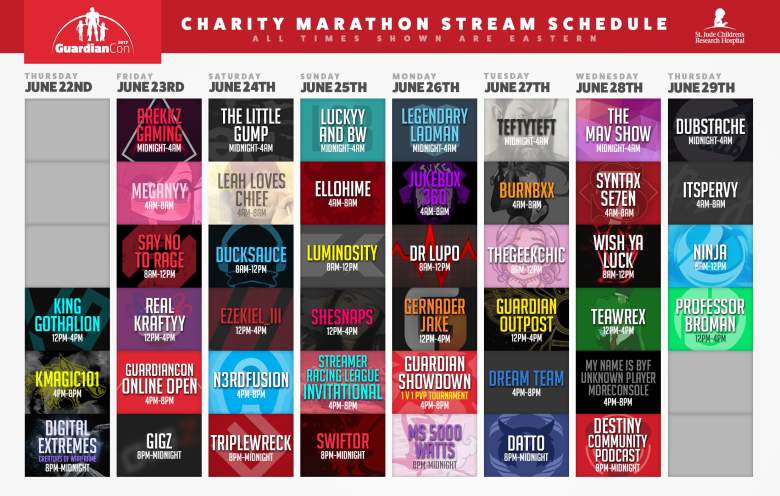 Discloser: The author has donated $20 to this charity.

Destiny is perhaps one of the biggest games to release this generation, as developer Bungie’s hit RPG/FPS hybrid has produced a seriously dedicated following. Despite a rocky first year, Destiny developed over time thanks to four expansions and a plethora of new updates to the core mechanics. This helped spawn legions of fans that flocked to Bungie’s game to slaughter aliens, participate in raids, and gather precious, rare loot. Now, this community aims to give back via a marathon charity stream that’s manned by some of Destiny’s biggest names and streamers.

Set days before the Destiny focused convention Guardian Con, this charity stream is aiming to bring in at least one million dollars to St. Jude Children’s Research Hospital. While this may seem like a huge sum, there has already been $145,560 donated (at the time of writing this) despite the event still being a few days away. It’s clear that this event has a huge following and much of that is thanks to the various people partaking in this multi-day event.

If you are looking to donate to this event you can go here to help raise funds for this charity’s goal. There’s little doubt that this marathon will be full of fun and fantastic moments so make sure to tune in on June 22. However, if you are actually looking to attend Guardian Con there are still a few tickets for sale, however, some packages are completely sold out. 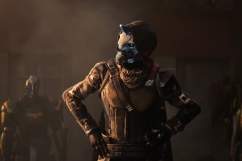