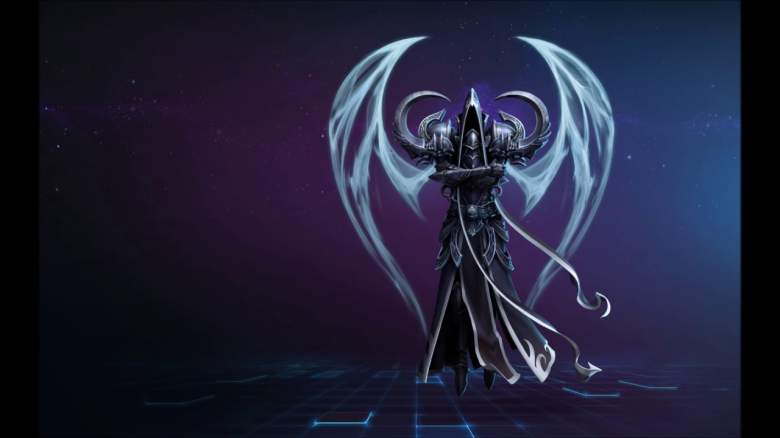 Coming off the heels of the success of Heroes of the Storm’s Nexus Challenge 2.0, Blizzard is keeping the ball rolling with Malthael’s Bargain. This event is a cross-promotion with Diablo 3 and Heroes of the Storm, likely being used as a way to grow the Heroes playerbase. The previous promotion allowed players to unlock skins for Overwatch by playing Heroes of the Storm.

From June 13 through June 26, you’ll have the opportunity to earn Ghost Kerrigan Wings in Diablo 3 by playing 15 games with a friend in Versus AI, Quickmatch, Ranked, or Unranked Draft as Diablo heroes. Don’t let the fact that you need a friend discourage you, you’ll likely find many other people in the same boat as you trying to complete the challenge who would be more than happy to be your friend for 15 games.

Once you complete those 15 games, you’ll be rewarded with the following things:

Diablo already has a strong foothold in Heroes of the Storm, sporting 15 heroes before Malthael will raise it to 16. Here is the list of characters you’ll have to pick from:

At this point we should mention that this event will only apply to the PC version of Diablo 3. Despite being able to link your Battle.net account to your PSN or Xbox Live account, Blizzard decided to sit the consoles out on this one. The Nexus Challenge 2.0 allowed console Overwatch players to get their skins but Diablo won’t. As of now, we have no word on whether the Ghost Kerrigan Wings will make their way to Xbox One and PS4 through other means. The Overwatch skins from the Nexus Challenge 2.0 event eventually found their way to Overwatch loot boxes to allow everyone a chance at getting them.

Blizzard’s blog post says this event celebrates Malthael’s entrance to the Nexus so it is sounding like he will debut June 13 with the event. The post also mentions Diablo 3’s newest class, the Necromancer, so we might be getting a little closer to its release. The Diablo 3: Eternal Collection recently popped up on the ESRB website which likely will bundle the game and the Necromancer together for consoles.

If you’re interesting in learning more about how Malthael will work in the Nexus, head over to this post to read about his skills, traits and abilities.