Niantic just released a new update that is changing gym mechanics, including introducing Raid Battles. Now, during special raids, trainers can join forces to defeat a super strong Pokemon at a gym and get a chance at receiving special items or even catching a rare or strong Pokemon. Niantic is testing the new feature by inviting a subset of trainers to join beta raid battles at select gyms. Which gyms have reported these so far? How can you get an invitation? You’ll have to be at least level 25, and you might want to start searching at sponsored gyms.

According to Niantic’s original Pokemon Go Twitter, you could only get a raid battle invite if you were at level 35 or above. This news has left a lot of people pretty unhappy, commenting that they’d really prefer if it was level 30 or above. Thankfully, Pokemon Go now lets trainers at level 25 and up play in raid battles. Here was a reaction from one trainer at the original 35-and-up news:

Dammit. I have to pass 4 more levels to raid battle? pic.twitter.com/ws5LxR5HND

Remember, this is only in beta. Niantic is testing the feature, so they’re limiting who can participate. But this does mean that if you’re a lower level than 25, you may see some gyms near you with an egg on the gym, indicating a raid battle, and you won’t be able to do anything at that gym while the raid is going on.

Don’t worry, more people will be able to participate in raid battles soon. According to Pokemon Go’s newsletter, the raid battles will be open to everyone starting sometime in July.

If you’re level 25 or higher and you’re looking for a gym to raid, Pokemon Go trainers have reported that many of the raids are taking place are at sponsored gyms. In fact, a German version of the original gym announcement said that many of the raid battles would start out at sponsored gyms. So where can you find a sponsored gym in the United States? A good place to start is looking at Starbucks. Trainers are reporting being able to participate in raid battles at some Starbucks Pokemon gyms. Other trainers have seen some raids at gyms sponsored by Sprint.

But don’t just stop at sponsored gyms. Trainers are now reporting that raid battles are happening at any type of gym, not just sponsored ones.

If you’re near a gym with a raid, you’ll also get an in-game notice telling you that a raid is starting nearby. Look at the raids on your map and look for one with a big egg on top. That’s where the raid is. However, if you try to join and you’re not at least Level 25, you’ll get a message telling you that you can’t join the raid.

Remember, before you’ll be able to participate in a raid, you’ll need a raid pass. You can get a pass simply by spinning a Photo Disc at a gym. You can only hold one raid pass at a time and you can only spin one pass per day. One pass entitles you to one raid. You can get additional passes by buying them in the Pokemon Go store.

If you’ve seen or participated in a raid battle, let us know in the comments below when and where the battle took place. Trainers have reported battling all kinds of Pokemon in the raids, including a 1400 Gengar and a 700 CP Bayleef. 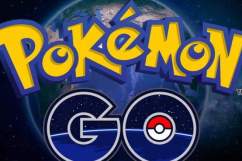 ‘Pokemon Go’ Gym Update: Will You Still Be Able to Earn Coins?

Read More
pokemon go
How can you join a Pokemon Go Raid beta battle? Which gyms have them? Find out everything we know so far.