Here are the top eight tips/tricks you need to know for Master X Master.

1. Tagging in Will Save Your Life

• One of the most crucial gameplay elements in MXM is the ability to “tag” in another Master at any given time. You’ll always get to pick two masters to bring into battle, be it in a PvE stage versus a tough boss monster or in any of the PvP modes. And you can switch between them with the flick of the mouse wheel. What does this mean? The options are practically endless. Like being a damage dealer but hate the glass cannon feel? Pair up with a tanky juggernaut to tag in when a gank is coming. Or bring in someone with high mobility and gap-closing skills and then tag into a close-range assassin. Swapping a character breaks crowd control as well, but beware: There’s a short cooldown once you tag, so don’t let the enemy team bait out your swap.

• Don’t forget about nodes. They’re equippable boosts that you can use to augment your playstyle. Everything from added health, damage, speed, to even lifesteal and having your second Master heal over time while inactive. Nodes can be bought, traded for at the medal exchange, and earned as rewards from PvE stages. Make sure to pay close attention to each Master’s node compatibility. Nodes are 100-percent effective in PvE and Ranked play and 50-percent effective in unranked matches.

3. Lethal Right From the Start

• One big change for people coming to MXM from other MOBAs is the fact that all PvP matches have a time limit. This also means that there’s no slow start to PVP matches either; don’t be afraid to do some early roaming and pick fights – spending the starting minutes waiting in your lane is time you’re missing out on early kills.

• You may notice in Master selection that each Master as a red, green, or blue icon. These are their individual attunements, and they provide an additional level of strategy to consider. Red beats Green, Green beats Blue, Blue beats Red. If you’re struggling in a battle, make sure you’re not up against your unfavored attunement. You might want to make sure that you’re not taking two Masters of the same attunement so you don’t unnecessarily give the enemy an advantage over you. This extends to stages as well. Each PvE stage has an attunement. Look to counter that with Masters with advantage against it.

• Each Master can only bring two skills into battle, but four skills to choose from, so make sure you’re planning your skills accordingly. Spend some time in the training room figuring out which kit works best for your preferred Masters, whether you need damaging abilities or crowd control skills depending on your play style. You’ll also have your choice of different passive augmentations that are character-specific. Some reduce the amount of overheat your weapon generates, some let you attack faster, or give you more range, or even provide additional damage. Pick and choose carefully.

• Titan Shards are objects that drop from fallen Titans as well as a specific jungle monster. Collecting five of these shards will let someone on your team transform into a Titan Incarnate (more on that later), so it’s important to secure and protect these shards at all costs. A word of warning, once you pick up a Titan Shard, you will immediately become visible to the other team and your movement speed will slow slightly. Deposit the Titan Shard by returning back to base, and make sure you do so before the enemy team finds you. (Conversely, if you see an enemy with a Titan Shard, do everything you can to stop them.)

• Once you collect all five Titan Shards, anyone on your team can transform into a Titan Incarnate. You literally become a Titan with a suite of highly deadly abilities. And though it is a potent, game-changing burst of power, it is but a very temporary one. The challenge is to ensure that you’re timing a Titan Transformation properly. We can’t tell you definitively when would be the best time to use it, but since Titan Shards are a very scarce resource, you want to make sure to maximize its use…don’t pop a Titan Incarnate for just two enemy kills.

8. Don’t Forget All the Rewards

• There are great in-game rewards just waiting to be claimed by playing. From Daily, Weekly, and Monthly missions, to even just playing a certain number of matches each day, players can earn XP, Gold, even X-Coin. Plus, grabbing some friends and joining a guild is another great way to snag temporary and permanent bonuses, just by being part of one. Not to mention that even just logging in daily earns you extra bonuses including gold, X-Coin, and other in-game items to help out. 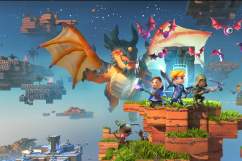