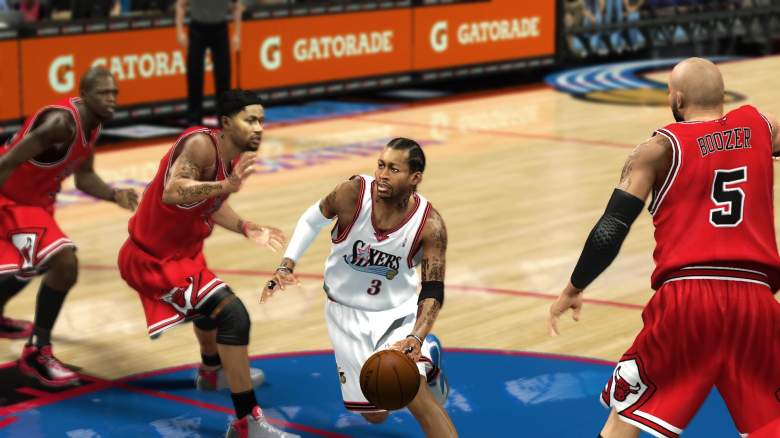 The NBA 2K series is a long-running basketball simulation that dates back to the Sega Dreamcast days. In fact, the series debuted on the ill-fated console back in 1999. The series has grown a lot since then and is now considered the premier basketball simulation. It doesn’t really have much competition these days, as the NBA Live series dug itself into a hole, skipped years 2011 through 2013, came back with NBA Live 14 through 16 and then skipped this previous year.

With the news that Cleveland Cavaliers point guard Kyrie Irving will be next year’s cover athlete, we decided to take a look back at all the cover athletes for the NBA 2K series.

Thanks to Allen Iverson’s long run on the cover, we see the Philadelphia 76ers as the team with the most cover stars with five. The Miami Heat come in second place with three covers stars, two from Shaq and one from LeBron.  We have only taken into consideration the standard edition covers so we haven’t counted any of the special edition covers for this list.

It’s nice to see some of the smaller market teams get some love with cover stars appearing from the Pistons, Hornets (now Pelicans), Pacers and Thunder. Those aren’t typically the first teams to come to mind when you think of the NBA so it’s cool to see the 2K series is taking care of them by featuring them on the cover.

Some of the covers got a little weird as they featured multiple cover stars, which made things a little harder to track. NBA 2K16, for example, featured eight different cover athletes depending on which part of the world you were in.