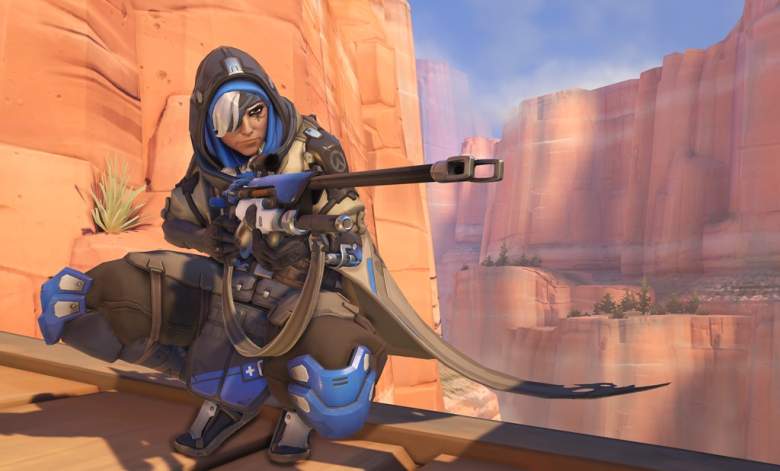 Support characters in Overwatch typically get glossed over by many users in Competitive as they can be seen more as a supplementary role that doesn’t impact the game too much. This is mainly because it’s rare to see a support character like Lucio, Zenyatta, or Ana get Play of the Game since most of their focus is healing. However, all of the support classes can completely sway the pace of a battle or even the match itself. The medic sharpshooter Ana is perhaps the best example of this as her Biotic Rifle allows her to heal from a distance, while her alternate abilities allow a nice mix of utility for various scenarios.Yet, it’s important to understand

Yet, it’s important to understand how and when to use many of her different powers, as they can be quite tricky to time. Here’s a breakdown of her gear and how to properly use it in a competitive setting: 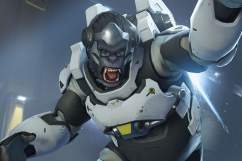 ‘Overwatch’: Hammond Could Still Be Coming 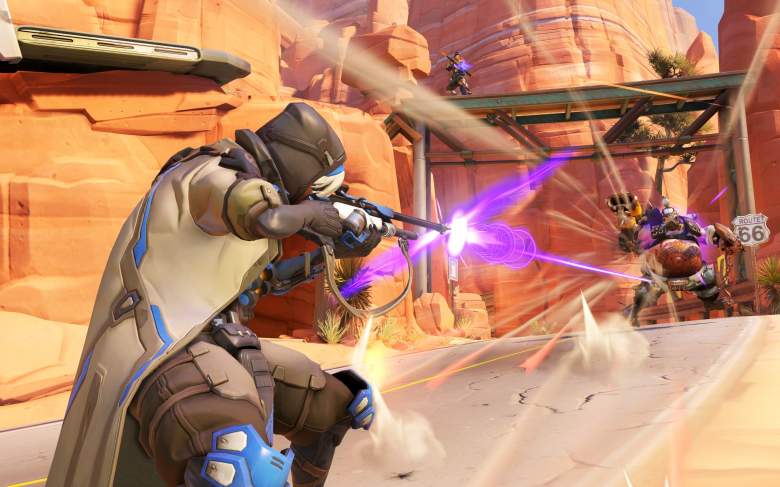 Ana’s primary weapon is the Biotic Rifle, a sniper that allows her to either fire healing darts at her allies or do 60 damage to opponents when it. This allows Ana players to cycle between damaging and healing targets quickly from a distance, however, the catch is that Ana’s weapon is both a hitscan (The round instantly goes where you aim) and projectile (The bullet as travel time before it hits the target). If you are looking down the scope it’s hitscan, while firing from the hip causes the round to be projectile based meaning you’ll have to lead your targets.

Firing from the hip and learning her projectile speed will be the most important aspect of her rifle. While it’s always good to heal from a distance via the scope, not being forced to have such a narrow line of sight drastically increases your effectiveness as a support. It’s very easy to get tunnel vision as Ana, so try not to be staring down the scope too much when you are in a big team fight. Shooting unscoped allows a skilled player to quickly cycle between multiple players and heal them without issue. Being able to heal targets on the move will be key, since having mobile heroes like Genji or Tracer stop so you can hit them will most likely result in their death.

Typically you want to fire just in front of the person moving, as her projectile is still rather quick and the hitbox for the actual round is quite big. You do 75 healing per shot, so most non-tank characters should take at most 3 rounds to completely top off. Tanks should be your main priority, as she can quickly save a Reinhardt or Winston from certain death with a series of well-placed rounds. You will want to average over 60% accuracy for unscoped and over 75% accuracy per match. If you’re having trouble reaching this, then try to at least work on your unscoped accuracy as that’s the most important of the two. 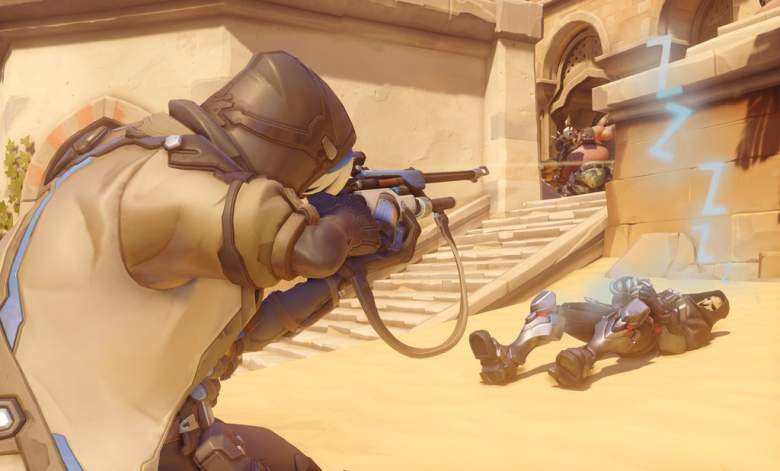 Ana’s Sleep Dart is perhaps one of the most powerful abilities in the game since it can completely shut down characters. There is a slight delay between the time you fire till it hits the target, so like your unscoped Biotic Rifle try to aim a few inches in front of the target if they’re moving. The afflicted person will be asleep for 5 seconds, which gives players a perfect amount of time to either escape or kill that enemy. You will need to master the timing and know which targets are a priority to immobilize during a hectic team fight. Remember, this projectile doesn’t pass through barriers so Reinhardt can be a difficult hero to hit unless his shield is down.

Try to land your sleep dart on targets that would typically jump on enemies like Winston, Genji, or even Pharah. These heroes thrive on mobility, which makes them very easy to get rid of once this is disabled. Tracer is perhaps the hardest target to hit with a Sleep Dart due to her small hitbox and speed, so try and bait her into blinking before you fire at her. Healers are always good to put to sleep, however, given they typically stay to the back this is more unlikely in higher ranked matches.

You can also disable a number of ultimates that have cast times or a longer duration like McCree’s High Noon, Pharah’s Barrage, or Roadhog’s Hogwild. We also recommend playing at a higher sensitivity if you’re on console since being able to whip around and knock out a McCree is critical. 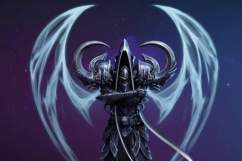 ‘Heroes of the Storm’ Celebrates New Hero With Malthael’s Bargain 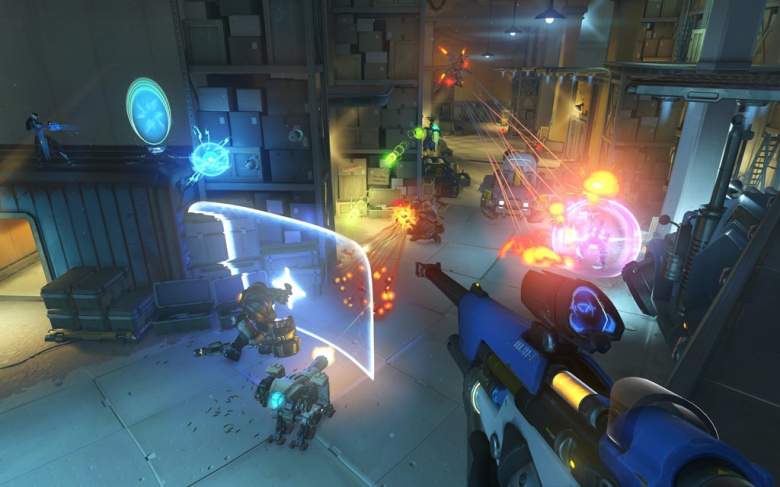 This projectile lets Ana boost healing effectiveness to allies affected or negate healing abilities for enemies. It has a 4-meter radius and can deal 60 damage to enemies if they are hit.  This item can be thrown from a considerable distance and is great for a quick burst healing effect for people in the middle of a fight. Try to maximize your value when using it so the grenade hits multiple targets instead of just one. Locking a Mercy off from healing a target while pumping up your own heroes’ health will win you matches.

Ana’s Biotic Grenade is also fantastic in combination with hero ultimates like Zarya’s since they are grouped together. If the enemy team is running a Zenyatta, consider grabbing Ana given her grenade outright negates his ultimate’s affect to anyone it touches. Also don’t be ashamed to heal yourself with it, as it can save an Ana player from being killed in the middle of a fight. If you are going to heal yourself with it, try standing near another ally so they get the bonus effect too. 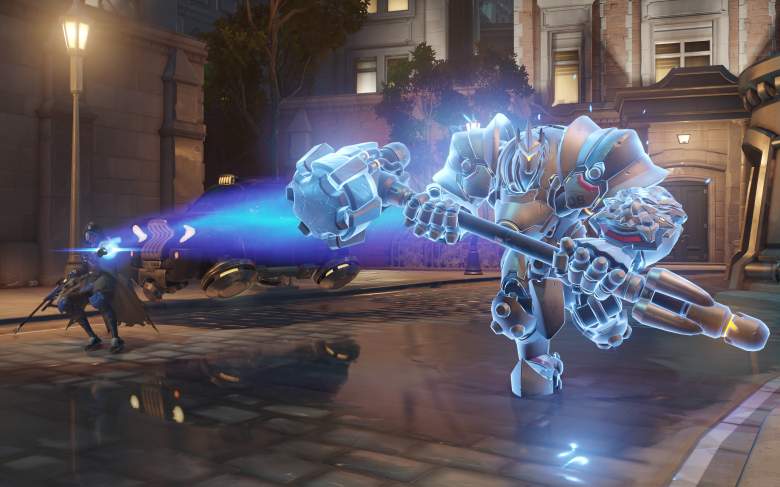 Nano Boost is Ana’s ultimate and it increases the affected allies damage by 50% and their damage resistance by 50%. This allows players to swing entire fights in their favor or capitalize on powerful, multi-target ultimates like Dragonblade or Tactical Visor. Make sure to hit heroes that will complement this ultimate like Genji, Reinhardt, Soldier: 76, or Reaper. While any hero is dangerous when boosted, these choices have the biggest chance of killing multiple people. Some of the worst people you can Nano Boost are Mei, a low charge Zarya, or any of the support heroes.

Typically before firing my Nano Boost, I like to give a countdown so that target knows when to charge into battle. Once you have actually applied the Nano Boost make them your primary focus for healing as this will allow them to have a better chance at wiping the enemy team.

Here are some basic tips to get you started with Ana: 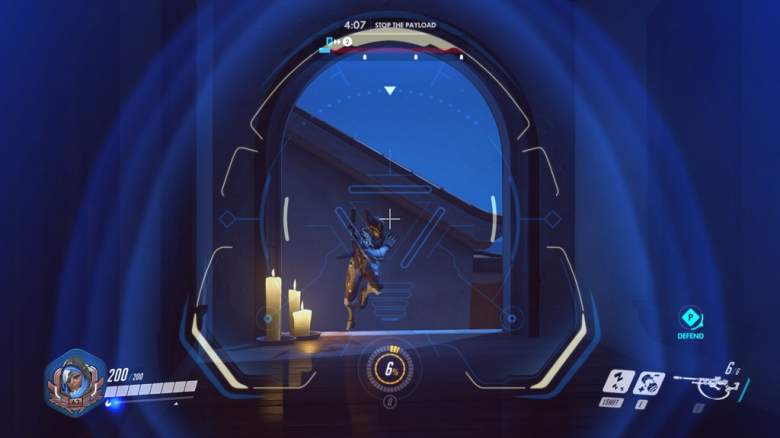