We’re back covering all the breaking news, leaks and other major announcements for this year’s E3. On the live stream press conference front, PC Gamer is back to represent for its platform with the PC Gaming Show. For the third annual installment of this recent E3 tradition, returning host Sean “Day[9]” Plott will be on hand to present viewers with an inside look at what’s on the horizon. The video game industry’s publisher/developer speakers that will be in attendance includes:

A ton of hype reveals have already been revealed, which means there’s plenty to look forward to for this presentation:

– the newest project from Klei Entertainment (the developers behind Don’t Starve, Mark of the Ninja and Oxygen Not Included)
– an announcement of an upcoming title from Tripwire Interactive (the minds behind the horde mode FPS,
Killing Floor 2)
– Bluehole Studio, the creators behind the latest PC FPS hit (PlayerUnknown’s Battlegrounds) will be in person to speak about the future of their game
– new gameplay footage of Jordan Weisman and development studio Harebrained Schemes BattleTech
– a live demonstration of Chucklefish’s Wargroove
– new footage from Ooblets

If you consider yourself a member of the ever growing “PC Master Race,” then the 2017 PC Gaming Show is definitely worth your time. Make sure you stay right here with us to see every announced and unannounced bit of info that will appear during this E3 2017 live stream. 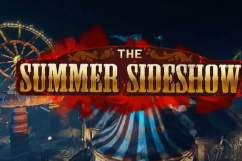 ‘Killing Floor 2’: When Does The Summer Sideshow Start?