The latest Pokemon Go update has been released. This is the update that introduces a new gym system, and it also adds some of the infrastructure to support the upcoming Raid Battle feature. But right now, you may notice a message in the game that says, “Sorry, but Raid Battles are not yet available for your level. Please try again later.” This appears when you try to visit the new “raid” tab in the game. So what’s up with this? Is there a minimum level for raids, and is that why you can’t play them right now?

When this message first started appearing to players, nobody could participate in raids at all. But recently, Niantic did start making raids available to those who are level 31 and above. However, this does not apply to absolutely everyone above level 31. Niantic has said that raids will roll out gradually, and so only a select few gyms around the world are even open for raids at this time. In order to participate in a raid, then, you need to both be above level 31 and happen to live in an area where Niantic has first started to roll out the feature.

Trainers level 31 and above: You can now participate in Raid Battles at select Gyms around the world.

From there, the question on everyone’s mind concerns whether raids will have a level requirement going forward. Niantic has never talked about this Raid Battle feature as something that is exclusive to those at certain levels, although one possibility is that there will indeed be a level requirement, but it will be level five, the same level requirement as fighting in gyms. The message that raids are not available at your level will in the future likely be targeted at those who are level four or below.

In fact, we know for sure that many of the people receiving the message now will be able to participate in raids at some point. After all, in an official screenshot released by Niantic to preview the new gym system, a player who is a level 25 is seen participating in a raid. But even players who are level 25 are currently receiving the message that raids are not available at their level, despite the fact that we know for sure that those who are level 25 will have access to the feature. 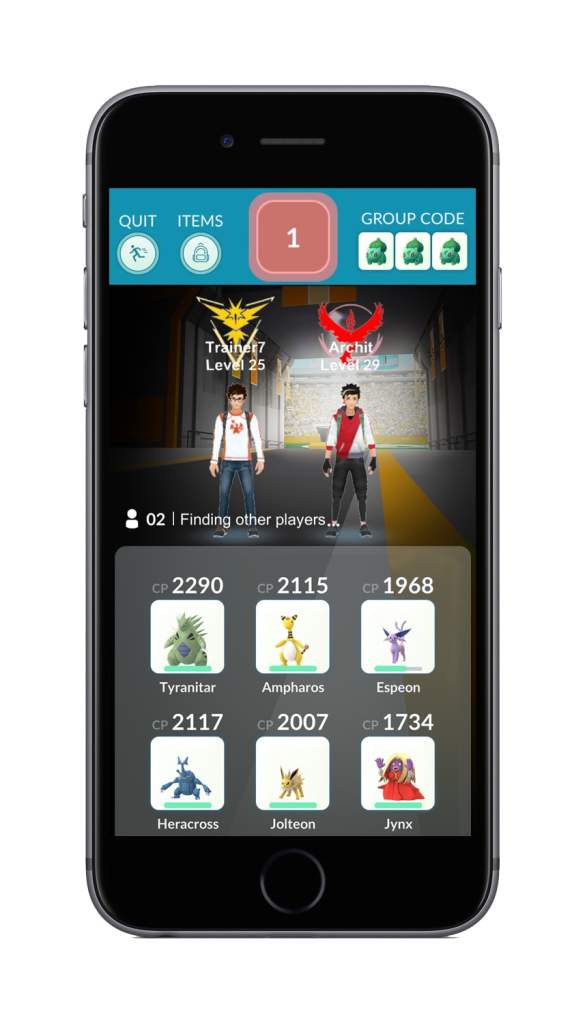 Niantic has stated that the Raid Battle feature won’t be out for all players for a few weeks. The company took to Twitter earlier this week to clarify this, apparently after being bombarded with questions from players asking why they don’t have access to the raid feature.

Trainers, please note we're rolling out Raid Battles gradually and they may not be available to you just yet.

The Raid Battle feature will likely be available at the latest in time for the Pokemon Go Fest Chicago event, which is scheduled to take place on July 22nd, 2017. It is believed that this event will involve Raid Battles in some capacity, with Niantic possibly even releasing a legendary Pokemon during the festival.