Nintendo has turned E3 2017 into its own personal arena for three of its biggest games. One of those titles is the updated Pokémon arena battler, Pokkén Tournament DX. After witnessing how intense and nail-biting the Splatoon 2 live tournament turned out to be, fans are very much looking forward to this upcoming tourney. Eight master players from around the world will converge onto E2 2017 to present one of the hypest fighting game tourneys of the year. The YouTube and Twitch personalities that will participate includes:

During the tournament, you’ll hear the commentating talents of Jordan Kent, D1 and VickiKitty. So without further ado, here’s how this Pokkén Tournament contest of champions will go down:

The team that comes out on top will be rewarded with a Pokkén Tournament DX art piece. This grand prize will be signed by Tsunekazu Ishihara, President and CEO of the Pokémon Company, and developers from Bandai Namco Entertainment Inc. Be sure to stay right here and get a glimpse at some master level Pokkén Tournament DX gameplay during this live event. And after this tournament wraps up, make sure you come back and check out the 2017 ARMS Open Invitational. 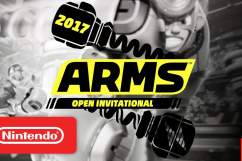 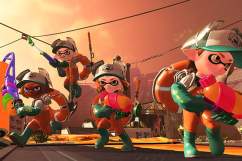