While there were a lot of games revealed today during the Microsoft E3 2017 press conference, the big focus for the company was undoubtedly the Xbox One X. This premium version of the Xbox One is the first true 4K home console released with 1TB of storage and an HDR Blu-ray Drive. There is no doubt that this will be the most powerful console on the market, so if you are looking to finally pick up an Xbox One this will be the best time.

The Xbox One X is shipping worldwide on November 7, 2017, for $499.00. For those wondering what games will launch with this system, players can look forward to Crackdown 3 and Forza Motorsport 7. There will also be 4K updates to these 5 games for free:

There are also a number of 3rd party games like Titanfall 2, Injustice 2, Resident Evil 7, and Final Fantasy XV who will receive 4k updates as well. In terms of games, Microsoft debut a number of impressive indie games that are certainly set to make a big splash, however, some bigger franchises like Halo were noticeably absent from the conference. This is a bit concerning given Microsoft only seemed to have a few big exclusives to show off, with only one of them being a world premiere.

We also still have very little information on Crackdown 3, which featured a wacky trailer that offered no real depth. This is one of Microsoft’s main launch titles and it felt completely glossed over during the conference, while third party games like Middle-Earth: Shadow of War and Anthem got longer screen time. However, one big reveal was that original Xbox games will become backwards compatible later this year, meaning users will have a chance ti play some truly classic titles.

With the clock now officially ticking down until the Xbox One X’s launch, one has wonder just how many more tricks Microsoft has up their sleeve. 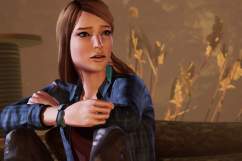 ‘Life Is Strange: Before The Storm’: Everything We Know