These are our top picks for the best Android action games from May 2017 that you need to play.

Console gamers are enjoying the latest battle between DC’s best and brightest (and darkest). Thankfully, the mobile crowd out there who want a piece of the super powered action can do the same. Injustice 2’s handheld rendition fine tunes the mechanics featured in its predecessor. It brings in the old cast, throws in all of the newer faces featured in the console release and gives fans a lot more content to spend hours playing through. The Story Mode is a meaningful campaign worth completing, the controls allow for more dynamic combos and the roster allows for a ton of cool variations of recognizable characters. Injustice 2 stands out amongst the rest of the hottest mobile fighting games thanks to its healthy serving of single/multiplayer content. 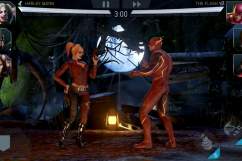 Skullgirls launched in 2012 on the PS3 and Xbox 360. The FGC showed it plenty of adoration due to its beautiful hand drawn 2D art, combo-heavy gameplay, lovable ladies (and two male combatants) and deep inner gameplay workings. Now that it’s been brought to mobile devices, Skullgirls will most certainly endear itself to a new crowd of gamers who were living under a rock when it launched. This version of the fighter adds in custom controls and the fight assist option that makes big special moves and combos easier to pull off. What makes this rendition of Skullgirls worth playing for veterans and beginners alike is its light RPG elements. New characters can join your party and get customized to the fullest, evolved to become even more formidable and unlock plenty of new moves that make each battle more different than the last. Story Mode, Prize Fights, Daily Events and a Training Mode exist in order to make Skullgirls even more valuable than its predecessors.

Here’s a great idea – instead of taking the fight to the undead hordes on the ground, clear ’em all out from the sky! That’s the concept behind the first game and its sequel, Zombie Gunship Survival. You’ll take part in protecting the human race from the zombies terrorizing them by hopping into an AC-130 airplane. Your military aircraft can get outfitted with all types of weaponry that’s capable of mowing down tons of the undead. Over time, you’ll unlock even more dangerous weaponry and fight hard to protect the ground troops that are aligned with you. Besides blasting zombies from the air with dual machine guns, you’ll build up your base of operations in order to the keep the last of humanity safe from harm. If you enjoyed the helicopter campaign missions from the Call of Duty console releases, then I’m pretty sure a game full of those segments is perfect for you. Zombie Gunship Survival is well worth the dozens of hours we’re sure you’ll put into it. 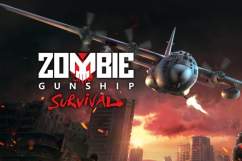 Guns of Boom gives off a heavy Team Fortress vibe just by the looks of it. It features the same cartoony style the console/PC FPS is well known for, but this mobile shooter has a personality and fast & furious playstyle all its own. Once you learn the simple controls, hook up with a team and customize your loadout, the fun truly begins. All you need to do is keep an eagle eye on all your enemies, put your crosshairs on ’em and your gun will automatically start firing in their direction. The various machine guns, assault rifles, shotguns, sniper rifles and other weapons you’ll unlock have special attributes (extra headshot damage and vampiric abilities immediately come to mind) that make each firefight a blast to get involved in. 2017 has brought us plenty of outstanding mobile games thus far. Guns of Boom will hold onto the top spot for mobile FPS games for the rest of the year. 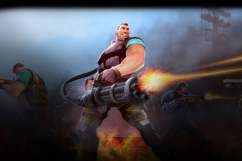 The road, sky and sea locales in this game all send you a path to sweet revenge. You’ll carry out your vengeance-fueled goals by sitting in the driver’s seat for a bunch of sweet rides. Taking down gangs means entails shooting them down while inside exotic cars, massive UAVs and military copters. The top-down viewpoint makes it reminiscent of retro shoot ’em ups and the action itself is just as intense as other titles in the sub-genre. Each stage is plentiful when it comes to explodable enemies, the vehicle transformations are mind-blowing, the boss fights are nail-biters and the art style is GTA: Vice City-like. I’m happy to say that the overall style of this shooter is equaled by its outlandish and always entertaining gameplay. Fastlane: Road to Revenge is one of the better action-themed mobile games to drop this year. NOW HIT THE ROAD AND TAKE BACK YOUR CITY! 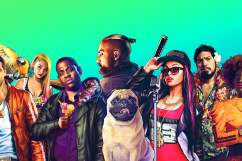 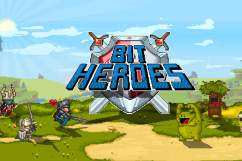