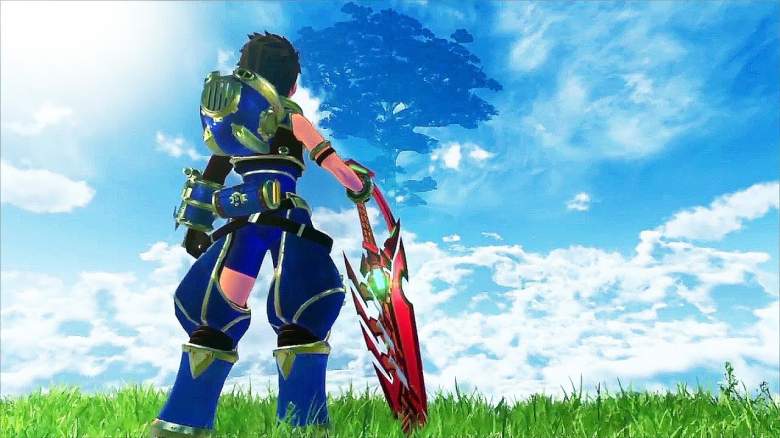 Today’s Nintendo Treehouse event has given us a deeper look at many of Nintendo’s upcoming titles like Metroid: Samus Returns, Super Mario Odyssey and Fire Emblem Warriors. Next up on the demonstration is Xenoblade Chronicles 2.

With the return to story-driven content, it is important for Xenoblade Chronicles 2 to feature good characters and a good story, and early returns at that it delivers. The two characters who were shown off the most in the gameplay were Rex and Pyra. We got a look at their blades and how they worked in combat. 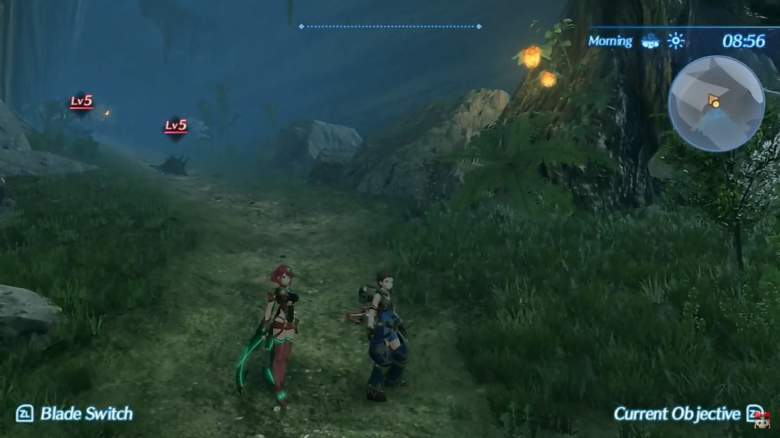 The combat looks to be very similar to Xenoblade games in the past so you should feel right at home with the fighting style if you’ve played the other titles. The weapons are separated into what are called blades that attach to your driver. The three main styles are attacker, tank and healer which will give you various different combat styles. All of them have different attributes and skills so you can mix and match the blades to fit whatever play style you use. You can swap between your blades at will. The combat style is very MMO-like with skill cooldowns and tanks drawing aggro. It could take some getting used to for new players.

The Arts Palette is now much more streamlined in this title. The Arts will appear on the right side of the screen while your blades will be on the left side. When you switch Blades, the Arts will change too so you no longer have to dig through various menus to find the skills you’re looking for. Every Art is just two button presses away. 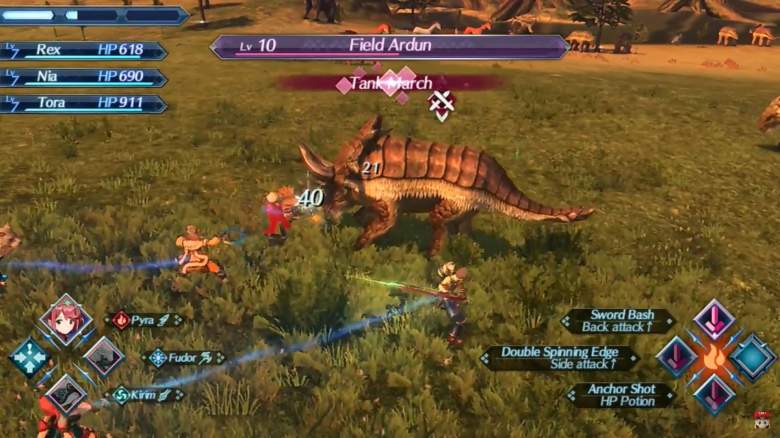 Basic attacks no longer trigger while you are moving, in a change from previous games. This means you will have to choose where to stand before you begin attacking. This might make fighting enemies harder but it remains to be seen. It’s a curious decision to make, nonetheless. There’s a lot of strategy in picking which skills to use and even who you are going to use are your party leader. Depending on who’s in your party, you’ll be able to fire off long combos that build off the initial skill used. Although we didn’t see a whole lot of it in today’s gameplay demo, the team promises we will run into some challenging combat portions of the game.

If you think the game looks rough around the edges, that’s because it does. The team points out that the game isn’t final yet so there will still be a lot of tweaking done to get the best visuals possible out of the title. The team will also flesh out the towns and give you more people to talk to and more activities to take part in. No word on getting better English voice actors though.

Xenoblade Chronicles 2 is still on track to release later this year. You can check out the official E3 trailer below.