Yahoo Esports, Yahoo’s esports news area, will no longer be updated after June 16.

Head of Esports Media at Yahoo Esports Travis Gafford wrote a letter to readers and viewers. As Verizon acquires Yahoo and combines it with AOL into a subsidiary known as Oath, they wanted to focus on growing the Yahoo Sports brand and realigning them with the new company strategy. He then went on to thank people in Yahoo, the esports community, and his colleagues.

First, I would like to extend my gratitude to all the individuals at Yahoo who decided to make esports an initiative at the company. From the folks who presented and approved the idea, to the engineers and project managers who built the site, and the Yahoo Sports team who hired the first few members of what would become our media team.

Additionally, I want to thank the esports community. As is often the case, there was a great deal of skepticism when a large company entered the esports space. You challenged us to create authentic videos and articles from familiar faces and names. With the help of teams, players, leagues, and publishers we strived to provide you engaging, entertaining, and informative content. In turn, you embraced us across Smash, CS:GO, League, FGC, and many more communities. Your passion and support drove us.

Finally, there is no possible way for me to thank my amazing colleagues enough. Speaking personally, Yahoo Esports was my first chance to lead a team. To say I got hard-carried by our incredible producers, writers, editors, and social media folks would be a vast understatement. All of them invested their long hours, passion, and endless creativity into this endeavor. If I have a chance to work alongside any of them again in the future, I will take it in a heartbeat. You’ll be hard pressed to find better women and men for positions in this industry.

Thank you everyone for supporting us.

Verizon completed its $4.48 billion acquisition of Yahoo on June 13. The assets including Yahoo Sports and Yahoo Finance will be combined with AOL brands such as the Huffington Post under Oath. The new subsidiary will house more than 50 media and technology brands and will be headed by former CEO of AOL Tim Armstrong. The acquisition was planned since July of last year.

Armstrong confirmed that roughly 2,100 people will lose their jobs as part of the acquisition. Yahoo CEO Marissa Mayer is stepping down from the company and is expected to receive a “golden parachute” of $23 million.

In other news, Gaming Blog Polygon introduced three new esports sites dedicated to a single game each: Heroes Never Die for Overwatch, The Flying Courier for Dota 2, and The Rift Herald for League of Legends. Developer Blizzard is setting up its own league for Overwatch known as Overwatch Contenders this summer. 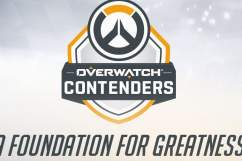 Read More
eSports, Games, Verizon, Yahoo!
Yahoo Esports will no longer be updated as Yahoo is acquired by Verizon and combined with AOL to form the subsidiary known as Oath.