The Destiny 2 Beta is drawing closer to the finish, but that hasn’t stopped developer Bungie from updating it. Sadly this patch will not be introducing any new content, but is going to implement a better way for them to investigate connection problems. This news also comes with the fact that this beta has been extended from its original Sunday end date to Tuesday, so more Guardians can experience the various PvE and PvP modes offered to players.

Beta Update 1.04 is now available on PlayStation 4. This update will allow us to better investigate important connection issues.

Don’t worry about the file size as it clocks in at a meager 61.81 MB so it shouldn’t take you long to download it regardless. Their ability to monitor connections better could be linked to the odd tweet they released the other day that stated: “Monday and Tuesday will be for more dangerous experiments in the D2 Beta.” It’s fully possible they are speaking more on a technical side, but we can hope this means more content for us to try out, even if it’s only for an hour like the farm.

So far, the Destiny 2 Beta has been quite successful as it’s given players a fair amount of content to enjoy and a taste of what each class is capable of. Players also got to experience some of the new weapons and PvP (Player vs Player) that have been offered to users. However, there have been some critiques from fans and prominent Destiny community members about some balancing issues. You can read our full thoughts on the Destiny 2 Beta here.

The Destiny 2 Beta will end on Tuesday until 5:00 p.m PT / 8:00 p.m. ET so make sure to try it out before it’s over. There has been no word from Bungie if they will open up The Farm again for players to explore, though it’s possible since it was only open for a single hour during the original last day of the beta. 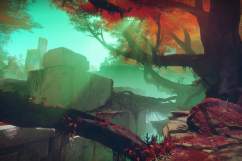