Final Fantasy XIV has already received a couple patches since the release of its newest expansion pack, Stormblood, last month.

This newest patch added the Extreme raid but it also buffed a lot of the current classes in the game. There was a lot of chatter about the 4.0 Warrior’s role going forward since that was one of the classes hit hardest, but now it looks like we have a clearer picture going forward.

It looks like the problems with Beast Gauge has at least been solved. You’re no longer going to be left with a weird number with nothing to do with it. This appears to bring the Warrior class back onto its feet.

Dragoon is another class that received a lot of reworking. Many of its skills were changed in a good way. Like the Warrior, there was a lot of chatter about the various problems facing the Dragoon and Square Enix is doing their best to fix that.

On top of all this, Stormblood added the Savage difficulty to Omega: Deltascape. Now players have another level of this raid to try out for a little bit. 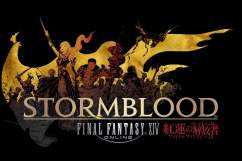