Today is the day Splatoon 2 players have been waiting for. Well, it’s almost the day, since we’re assuming launch day is better. In one final push toward the launch of the new squid-based shooter, Nintendo is having another Splatoon 2 demo before the game’s release later this month.

Today’s demo will operate a little differently from the Global Testfires that were held in the past. Instead of just allowing players to log in for only an hour, this demo will run for a total of four consecutive hours and be done. This demo will also be a chance for players to participate in Splatoon 2’s first Splatfest.

Splatfests are events where players must choose the side they want to fight on and the two sides go at each other until a winner is determined. Today’s topic focuses on what is better: cake or ice cream?

The Splatfest will also give players a chance to try out Splatoon 2’s new weapons. These are the same weapons that appeared in the Testfire but if you missed those, this will be a good chance to try them out before launch.

The four weapons include the new Splat Dualies, the Tentatek Splattershot, as well as remixed versions of the iconic Splat Roller and Splat Charger.

If you’re anxious, pre-loading is now live and you are able to customize your character and choose what side you will be on. The only thing you can’t do at the moment is participate in the Splatfest.

Nintendo is keeping the support rolling post-launch with Splatoon 2, like it did with its predecessor. The game will receive Splatfests for at least two years after launch, along with other free content. 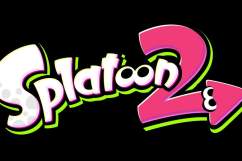