The Evo 2017 gameplay reveals and announcements just keep on coming.

For the very first time, Tekken 7 got main stage honors during the finals portion of the biggest fighting game tournament of the year. Once the grand champion of that game’s tourney was crowned, Katsuhiro Harada was brought on stage to drop some exciting news. At first, he made sure to share to give Dragon Ball FighterZ some love before delving into the game he’s still fine tuning to perfection – Tekken 7. The newest guest character was revealed onscreen and it made me and everyone’s else’s jaws drop at the sight of him. Fatal Fury’s South Town mafia boss Geese Howard will be joining Tekken 7’s roster.

Geese can be seen going on a mean streak against several of Tekken’s cast members. His 2D moveset transitions just as well into the game as Akuma’s Street Fighter abilities. He can fire off his Reppuuken ground projectile, counter “predictable” maneuvers performed against him and pull off some familiar combos. Geese looks pretty stunning and all the more intimidating in 3D with his signature red hakama training pants on. You can see all of that and more in the trailer posted below:

While Geese and his new stage’s release is a bit far away (Winter 2017), at least Tekken 7 is getting some extra goodies for the summer. The game’s first DLC pack will not only come with more than 50 new costumes, it will also mark the return of a beloved mode from the past. Tekken Tag Tournament’s bowling hijinks will return with an upgrade known as “Ultimate Tekken Bowl.” Check out the reveal trailer for that incoming mode below:

A third guest member, even more character costumes and a new stage are will be added to Tekken 7 in Spring 2018. 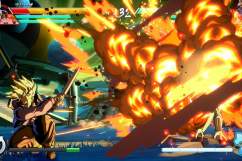 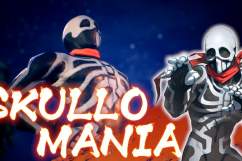