One of the most unique aspects of developer Volition’s Agent of Mayhem is the ability to swap between the various agents in-game. Sporting 12 unique characters, each with their own weapon and abilities, players can choose up to three to take out into the field at any time. Users can then swap between these three chosen agents at any time while they are actually on missions or exploring the world of Seoul. However, if you want to actually swap out members of your team for others you didn’t initially select you’ll need to go back to The Ark.

To swap how members of your agent team, return to your home base and then go to the main control console by Friday. From here you can select the “Missions” tab and then pick which of the Operations that you want to start. Keep in mind you can switch the mission you select anytime in-game so you aren’t bound to just doing the mission you initially pick. Players will then be shown the last three agents they picked from., along with the recommended difficulty setting. 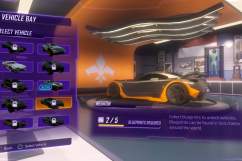 Agents of Mayhem: How to Get Car Blueprints and Vehicles

If you want to alter your three characters, select “Edit Squad” and then pick which of the currently selected three heroes you want to swap out. Once you click on that character, you’ll be brought to the Agent screen where you can view all of the heroes you’ve unlocked and which ones are still not playable. On the right users can view the Damage, Durability, and Range of any highlighted agent.

When picking your squad of three it’s important to have a strong balance of range, damage, and core abilities like Deadshot,  Giant Slayer, and Shieldbuster. Having diversity in your squad will make engagements far easier, especially as Agents of Mayhem introduces more powerful and complex foes. Try to always have at least one Shieldbuster and Skinpiercer in your squad at all times. This will ensure you can quickly dispatch any additional health bars that an enemy has. 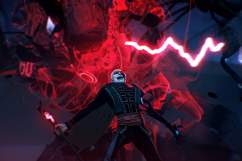