As one of Dota 2’s most seasoned veterans, and one of the brightest minds competitive gaming has to offer, Danil “Dendi” Ishutin is the unofficial poster boy of his scene. His goofy persona and unorthodox play style have made the Ukrainian native a beloved member of the sports community, but there is a lot more to Dendi than his 7434 MMR, his loyalty to Natus Vincere, and the memes that have stemmed from his risky plays.

So, let’s take a peek into his life so far.

As one of the first pioneers of Dota 2, many only know of Dendi as the face of Dota – the man who innovated mind blowing Pudge hooks, which subsequently led to Pudge getting banned almost every game he played in. However, Dendi’s interest in gaming on a competitive level was sparked during the height of Warcraft 3, when he first entered local tournaments. Unsurprisingly, Dendi’s first taste of competitive gaming led to a string of successes that would eventually carve a path he would walk for over a decade.

Of course, as Dota was originally a mod for Warcraft 3, it was only a matter of time before he would encounter what eventually replaced the Warcraft scene. He soon abandoned Warcraft 3 for Dota, was signed to Wolker.Gaming in 2007, and the rest is history.

Under Natus Vincere’s banner, Dendi has competed in every single The International to date, meaning he was also a part of the historic roster that won the inaugural The International at GamesCom 2011. For the following three years, Dendi and his teammates received direct invites to Dota 2’s most prestigious tournament, a testament to their reputation as a world-class team.

The International 2015 marked the first, and only, year that Valve did not extend a direct invite to Na’Vi, forcing them to fight for their spot at the TI5 European Qualifier. This year’s event, which kicks off tomorrow, will be the first-ever The International to not have Dendi among its competitors.

When it comes to pro gamers and their live streams, it feels like there is unspoken rule that binds them to the game they have chosen as their profession. Whether this is due to their contracts, a genuine passion for the game, or because they feel compelled to use the time to get extra practice in, we have no idea.

Dendi, however, broadcasts himself playing titles such as Quake Champions and Playerunknown’s Battlegrounds to over half a million followers on Twitch.

The bulk of Dendi’s earnings came from placing first at The International 2011, and second at The International 2012 and 2013, where his team won over $1.88 million USD in total. As one of the key players on Natus Vincere’s roster, Dendi surpassed his peers – as well as several over big names in other scenes – to amass approximately $455,000 in prize money. While Na’Vi’s wildfire-like successes have since calmed to a slow burn – the direct result of a drastically different meta and one too many roster changes – that number has continued to grow to over $730,000 USD.

Presently, Dendi sits as the 45th highest-earning player in Dota 2, and the 51st-highest earning professional gamer in general.

With a piano teacher for a mother, it comes as no surprise to hear that the solo mid genius was taught how to play the piano during his time growing up. While he isn’t able to name a favorite composer, and has long since forgotten the skills he learned from his mother, Dendi still holds the same fond feelings for classical and jazz music he had as a child.

It was that same passion for music that led him into dancing. In fact, had it not been for an abrupt paradigm shift into gaming, Dendi would have pursued a lifetime career in dancing. During his younger years, Dendi would travel with a group of dancers to compete in his region and claims that his experience on the stage has helped his career in Dota.

“I think dancing really helped me in Dota, because you dance in front of a crowd or you take your piano exams in front of an audience,” Dendi once explained in an interview with DotaBlast’s Andra Ciubbotaru, “… Now, in Dota, I don’t feel any pressure when I play on stage. I feel really normal.” 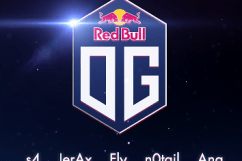 Who to look out for at The International 2017, The Favorites