A new Ariana Grande character is coming to the game callled “Chic Ariana” and it is the second character based on the pop star to be designed exclusively for Final Fantasy Brave Exvius. The new character will only be available from August 18 through September 1 so you’ll have to act fast if you want to get this new character.

To obtain this character, all players have to do is complete the first stage of the “Musical Showdown” event as part of the Summer Ariana Event. Players will also get a chance to battle anew boss, the “Bard Spirit” in order to obtain special rewards and event exclusive gear. Equipment specifically for Chic Ariana such as “Fashionable Dancewear,” “Microphone Stand” and “Magical Scrunchie” will all be available to equip for battles.

Ariana Grande previously appeared in the game under the guise of “Dangerous Ariana” which was based off her popular song, Dangerous Woman. Strange enough, she was a pretty powerful character so we expect the new version of her to have even more tricks up her sleeve. Players even had a chance to win concert tickets to her tour if they took a screenshot of the Dangerous Woman Tour dungeon boss and posted it on Facebook. There’s no word on whether a giveaway like that will be offered here. Grande is still on tour.

In May, an Ariana Grande concert was the target of a suicide bomber that killed at least 22 people and injured 59 others at the Manchester Arena in England. Grande held a benefit concert in June to honor the victims and raise money for their families.

Final Fantasy Brave Exvius is available now as a free-to-play app through the App Store and on Google Play. 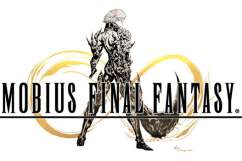