You can watch the very first episode below for free, regardless if you have a YouTube Red account or not.

You can also watch the second episode. However, you’ll need a YouTube Red account to view it in its entirety.

Good Game is about a group of slackers who enter an eSports competition for easy money. Along the way, they’ll recruit a band of misfits to create a team.

One of the show’s executive producer is Dan Harmon, who created and produced Community and co-created Rick and Morty. YouTuber and Media Commentator Jessie Cox and eSports Host, Producer, and Actress Michele Morrow are also on board as executive producers and actors.

YouTube Red subscriptions cost $9.99 a month, but they do offer a one-month trial period.

Game Grumps started off as a Let’s Play channel in July 2012, but their growth has seen them involved in creating spin off shows and even their own video games. The channel currently has over four million subscribers and 3,400,000,000 views.

Learn more about Game Grumps in the link below: 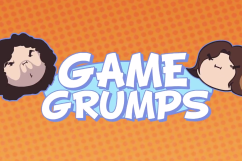