Some Pokemon Go trainers are noting that the catch rate for Moltres seems to be lower than the catch rate for other Legendaries. Moltres is proving to be much tougher to catch. So what are the best throws and techniques to use to get Moltres, in order to increase your chances at success?

Moltres Is Tough to Catch

Moltres has been tough for a lot of players to catch. One trainer on Reddit noted that he’s been 2 out of 9 for Moltres, 2 out of 4 for Lugia, and 2 out of 8 for Articuno. Even throwing excellent curves at Moltres didn’t yield a catch for this trainer.

Many trainers are experiencing the same problems.

I wouldn’t declare myself the best Pokeball thrower in the world, but I don’t recall ever having trouble before. I just fought two Moltres, and earned 8 balls a piece. I missed with the 7 of the first 8 balls, and he flicked away the last one. I missed with 6 of the second 8, and he broke out of the final 2. I only managed to hit him with two because I desperately resorted to throwing straight balls. Almost lost my phone as well as the two Moltres, as I was strongly considering smashing it off the ground.

Throwing Curves Is Your Best Bet

In general, to have the best possible chance at catching Moltres, always throw curves and use Golden Razzes. Trainers are estimating that a curve with no bonus is running at about a 13 percent catch rate, while a straight throw with a “great” bonus has a 10 percent catch rate. A curve throw with a “great” bonus has an even better chance at catching a Moltres. Since Moltres moves a lot and attacks and has a smaller hitbox, hitting him with a curve is tougher. But in the end, it’s better to practice curves so you can hit more consistently, rather than to just sticking to throwing straight.

Some players have said you’ll have an even better chance catching Moltres if you can hit the Pokemon when it’s in the upper half of the screen. But others think the opposite and say he’s easier to catch if you throw when he’s low on the screen and has just attacked.

Bide your time by spinning the ball in the corner and just wait for the ideal moment. For me, it’s Moltres on the ground, the circle less than half size (don’t try for excellent throws unless you’re a real  Paper Toss master, any bonus is better than no bonus…) and Moltres has just finished an attack. The real trick is knowing through experience how long a curveball takes to hit a target, and knowing how long the target’s attack animation is. There is nothing wrong with just standing there for a few minutes or even 10 minutes just watching Moltres and studying it in detail. So far I’m 5/7 on Legendary birds…”

If you need some help getting the curve throw right, Redditor mlimthiamkeat suggests: “I’ve managed to hit them successfully by releasing the ball upwards, slightly to the side, rather than just to the side on a curve.”

Other trainers have said that you need to throw a curve at a slightly higher angle than typical to hit Moltres, somewhere around a 60-degree angle.

On this Reddit thread, some trainers suggested trying to throw the curves counterclockwise when aiming for Moltres (i.e. spinning at the left bottom and swiping to the top right, while Moltres is in the lower part of the screen.) Redditor AngryBeaverEU drew a diagram of his counterclockwise throw that has caught 9 out of 12 Moltres.

Some Trainers Suggest the L-Throw Method

Some players are suggesting that the L-Throw Method may be the best way to catch Moltres, because it typically can get you a Nice or Great throw and seems to work well on the Legendary Pokemon.

You can see a description for the L-Throw here. It involves dragging the PokeBall to the bottom left or right of the screen, flicking it up, and then releasing. Not everyone agrees that this throw helps, but it’s worth a try.

Other trainers suggest first using a Nanab, then 2 Golden Razz, for the best chances at catching any Legendary, including Moltres.

Meanwhile, some trainers think that it really doesn’t matter what kind of throw or technique you use. Redditor Frocharocha shared that after 28 Moltres raids, he thinks that capturing Moltres is entirely luck-based. He said that after one successful Raid, even after hitting Moltres with three excellents with Golden Razzberries, he still missed catching it.

Redditor Meow5008 seemed to agree (a bit tongue in cheek):

Of course, due to RNG, I got my first Moltres today with a really lousy throw that slipped off my finger, which proves that you should try to throw badly in order to catch Moltres.

As you can see, there’s quite a bit of disagreement on the best throw techniques to catch Moltres. Which have worked best for you? Let us know in the comments below. 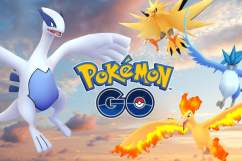