JonTron is back with an update on his channel and a new video.

JonTron, aka Jon Jafari, released a video discussing the state of his channel. He said that while he was away, he created three different videos which he hasn’t released. However, every time he tried making a video he was dissatisfied with it. He said that he’s been doing the same format for the past six or seven years and he fells that it’s been too narrow. He wants to branch out to more things. He said that his content takes a lot of time, resources, and coordination and that has prevented him from doing other things.

I’m not going anywhere but I’m letting you know that I will be breaking away from that formula a little bit and I’ll be just sort of doing things that I think are funny and hopefully you’ll think they’re funny.

Ultimately I just want to keep you guys entertained and… I figured that if I’m having more fun with everything, you guys will enjoy it more too.

Jafari didn’t say how he was going to shake up the formula, but he did release a brand new video to tide people over in the meantime. The new video is a review of Cool as Ice, the 1991 movie starring Rapper Vanilla Ice.

Jafari’s last video was a review of Christmas with the Kranks released on Christmas 2016, which was blocked on YouTube due to a copyright strike from a company known as Lasso.

In March 2017, Jafari was severely criticized for his comments on immigration and race, as Heavy reported. The controversy began on March 12 when he responded to criticism of Rep. Steve King’s statement “We can’t restore our civilization with somebody else’s babies,” with “Wow, how scandalous, Steve King doesn’t want his country invaded by people who have contempt for his culture and people! NAZI!!!”

He also said in an interview with YouTuber Steve Bonnell aka Destiny that America doesn’t “need immigrants from incompatible places,” that there was no racism within the U.S. court system, and that there are more rich black criminals in America than poor white ones. He also said that white people will become a minority in the U.S. by 2042.

In November 2016, Jafari criticized protesters against the presidency of Donald Trump on Twitter, drawing the ire of fans.

… And THIS is a collection of the negative responses that @JonTronShow got. (Took a while to put this together) https://t.co/oGi51XKnw7 pic.twitter.com/XBZ4OyDXjN

In January 2017, Jafari said that the Women’s March was “sexist” and followed the statement up with “What if she were a murderer? Or even worse, a CONSERVATIVE woman?! You guys hate those!”

Guys, hate to break it to you, supporting an entire gender on virtue of its gender is something called "SEXIST".

What if she were a murderer? Or even worse, a CONSERVATIVE woman?! You guys hate those!

Jafari did not bring up his controversial statements in the update video. However, he did make an update video in March 2017 discussing the statements. 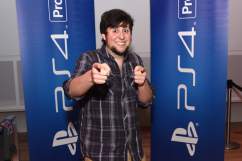 JonTron aka Jon Jafari: 5 Fast Facts You Need to Know